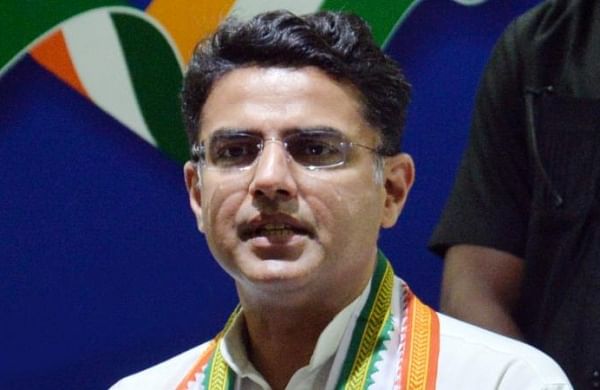 JAIPUR: Former Rajasthan deputy chief minister Sachin Pilot on Tuesday claimed that the Congress will comfortably win three of four Rajya Sabha in the state, the elections for which will be held next month.

“The Congress party has more than enough majority to comfortably win three out of four Rajya Sabha seats,” Pilot told reporters in Tonk.

When asked about the candidates, he said it is for the party high command to decide who will contest the elections.

Targeting the opposition BJP in the state, Pilot said there is chaos and confusion within the party and irrespective of whatever their leaders say, the ruling Congress will win three seats.

Elections to four seats of the Rajya Sabha will be held on June 10 as BJP’s Omprakash Mathur, K J Alphons, Ramkumar Verma and Harshardhan Singh Dungarpur are going to complete their term on July 4.

Talking about the outcome of the recently held Nav Sankalp Chintan Shivir of the Congress in Udaipur, Pilot said that the party will start a “Bharat Jodo Abhiyan” and take out yatras to connect with people.

He said the party’s decision to encourage leaders below 50 years of age in politics was a good sign.

“I am told by the PCC chief that a state-level workshop is being organised in Jaipur on June 1 and 2 to hold discussions for the preparations of the Bharat Jodo Abhiyan and other decisions taken in the Nav Sankalp Chintan Shivir,” he said.

“I am happy that the party has talked about giving importance and space to those who are below 50 years of age at every level in politics. This is a good sign for society, country and the party,” he said.

When asked about the law and order situation in the state, he said the government has acted on every incident.

On a rape case registered against state minister Mahesh Joshi’s son in Delhi, Pilot said the CM as well as the minister has said that law will take its course.