Congress only alternative in Uttar Pradesh, will get majority: Ajay Kumar Lallu 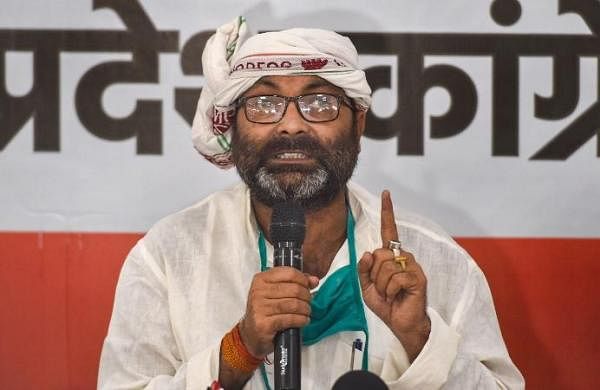 NEW DELHI: Predicting that the Uttar Pradesh Assembly poll results will spring a surprise, Congress’ state unit chief Ajay Kumar Lallu on Sunday claimed that his party would secure a clear majority while the BJP would “not be able to cross 30 seats” in the elections next year.

He also hit out at the Samajwadi Party (SP), alleging that the Akhilesh Yadav-led party was only interested in fighting polls and not in struggling on the ground for people’s issues, making the Congress the only alternative in Uttar Pradesh.

In an interview with PTI, Lallu reiterated that the Congress will not forge an alliance with the Samajwadi Party and the Bahujan Samaj Party (BSP), but its doors were open for smaller parties in Uttar Pradesh.

Asked about which parties the Congress was engaged with for possible alliances, he said everything cannot be shared publicly in politics, adding that there could be changes in alliances announced by other parties.

“Wait for sometime, you will get to see many things. Many parties that have entered into small alliances could change their tie-ups,” he added.

“No alliance is firmed up, wait for some time, many alliances will change. The SP and the BJP are engaged in ‘noora-kushti (fixed fight). The Congress is struggling for real issues and the ‘noora kushti’ of the BJP and the SP will come to an end,” Lallu said.

“As soon as the model code of conduct is put in place, let the BJP leaders go and seek votes and see what happens. Inflation, unemployment, women’s security, law and order, people will ask questions on these issues,” he said.

“People are waiting for the polls. I say with a lot of confidence that the BJP will not be able to cross 30 seats and all their claims will remain on paper,” he claimed.

The BJP had won a thumping mandate with 312 seats and the BSP bagged 19 seats.

Lallu stressed the Congress will spring a surprise in the Uttar Pradesh poll results as people are enthusiastic about it and after giving a chance to all parties, they would give their blessings to the Congress.

The Congress will get a “clear majority”, he claimed.

Lallu asserted that the Congress has emerged the main challenger to the BJP in Uttar Pradesh and expressed confidence that it will form the next government.

Asked about the SP calling itself the main challenger and its recent event launching of a perfume, Lallu alleged that the Akhilesh Yadav-led party is a party “for the polls”.

“Its chief Akhilesh Yadav and other leaders are out on an election campaign, not to struggle for people’s issues. Farmers wanted to know where you (SP) were when the Lakhimpur incident took place, why you did not come out, why you didn’t struggle. It was Priyanka Gandhi, Rahul Gandhi and Congress workers who were struggling on the ground,” he said.

“Where was everyone sleeping when the three black farm laws were enacted? Where were they sleeping when the proper price was not given for wheat, sugarcane and paddy. All these battles are being fought by the Congress. These people are only interested in fighting elections and branding,” Lallu said.

People understand that the SP does not have the capacity or the strength to fight and the Congress is the only alternative, he said.

On the SP’s perfume launch event, he said with money anything can be done but whoever is strong on the ground will matter and the Congress is being backed by the people.

On the BSP, Lallu said its votes are constantly moving towards the Congress and are strengthening the party.