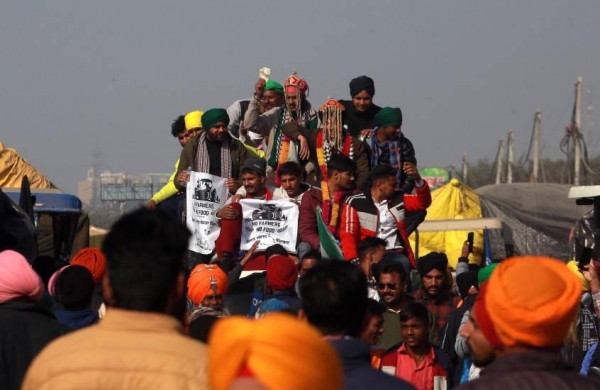 Express News Service
CHANDIGARH: Three opposition MPs walk out of the meeting of the Standing Committee on Agriculture after they were allegedly not allowed to discuss the three central farm laws in the meeting on Monday. Congress MPs Chhaya Verma, Partap Singh Bajwa and former Akali leader Sukhdev Singh Dhindsa were miffed as the panel chairman refused to discuss the contentious laws.

Referring to the protests at the borders of Delhi for over 45 days, the three Rajya Sabha MPs had raised the issue with the chairman of the standing committee.  “The government should never have let the situation continue for this duration. Now is the last chance for the PM to intervene in this matter. The Supreme Court should not be stepping in to fill the vacuum created by policy paralysis within the government,” Bajwa said. “If the PM doesn’t show magnanimity and agree to the demands of the farmers, the people will further lose faith in executive and legislative branches of the government.’’

The Congress MP welcomed CJI S A Bobde’s observations on the issue. “Nevertheless, as an MP, it is unfortunate to see the depth of inaction from the executive. This inaction is a sign of how our democratic institutions have simply failed or have been ignored by the present government. Parliament should have been given enough time to further deliberate on these reforms.”

Meanwhile, farmer union leaders categorically said they would continue their agitation even if the Centre or the Supreme Court stays the implementation of the three farm laws. Krantikari Kisan Union president Darshan Pal said the union leaders are consulting their lawyers and a formal response will be given after the SC pronounces its verdict.