Congress may change tack, not press for separate farm debate in Lok Sabha 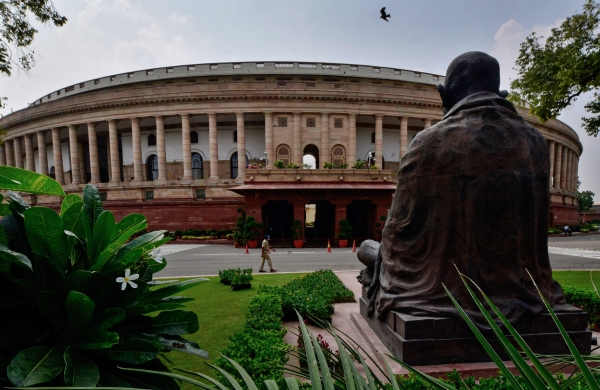 Express News Service
NEW DELHI:  The Congress is likely to change tack in the Lok Sabha and, along the lines of the Rajya Sabha, agree to discuss the ongoing farmers’ agitation with the motion of thanks to the President’s address.

This will enable the lower house to function, which has so far been paralysed because of repeated ruckus.

Although some party MPs, especially from Kerala and Punjab, are still pushing for a hard stand till the Centre agrees to a separate discussion on the farm laws, a senior party functionary said KC Venugopal, general secretary (organisation) has spoken to Congress floor leader in the Lok Sabha, Adhir Ranjan Chowdhury, regarding change in stance.

“The party is expected to agree to a joint discussion in the Lok Sabha on Monday. There was pressure from MPs from Punjab and Kerala to seek separate discussions but discussing the matter is more important.

Even some members of the farm unions had conveyed to the party leadership that disruptions of the house would stop the Centre from giving direct answers to key issues regarding the laws,” said a party leader.

The MPs opposed to softening the party’s stand are of the view that the farmers’ issue had massive political implications and with the upcoming assembly elections, the party should continue with the hard stand in Parliament to corner the central government.

“The two houses are different and there is no rule that the Congress should have same stand and strategy in the Rajya Sabha and the Lok Sabha. We want enough time to discuss the issue and we will be more aggressive on Monday to push for a separate discussion,” said a Congress MP from Kerala. During the opposition parties’ strategy meeting, Congress leader Rahul Gandhi said they should continue pushing for a separate discussion.

Many MPs cited that during the parliamentary strategy committee meeting before the start of the session, it was agreed that the foremost demand would be a detailed discussion.

“We can’t keep changing our stand on the issue and we should stick to it keeping in mind political importance of the matter,” said another party MP from Punjab.

In the Rajya Sabha, Ghulam Nabi Azad and Anand Sharma agreed for a joint discussion and the Centre extended the time by five hours to let the members speak on the agitation.