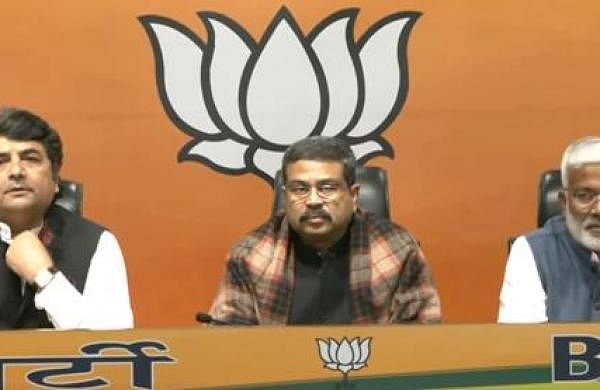 NEW DELHI: Former Union Minister and Congress leader RPN Singh on Tuesday said he is joining the BJP. Singh is the second big exit from the Congress in Uttar Pradesh after Jitin Prasada quit it last year.

Prasada joined the BJP and later became a minister in the Uttar Pradesh government led by Yogi Adityanath.

“This is a new beginning for me and I look forward to my contribution to nation building under the visionary leadership & guidance of the Honourable Prime Minister Shri @narendramodi, BJP president Shri @JPNadda ji & Honourable Home Minister @AmitShah ji,” Singh tweeted.

In a letter to Congress President Sonia Gandhi, he said, “I hereby tender my resignation from the primary membership of the Congress party with immediate effect.” “I thank you for providing me an opportunity to serve the nation, the people and the party,” he also said.

Senior Congress leader Shri RPN Singh joins BJP at party headquarters in New Delhi. #JoinBJP https://t.co/fClG9hAweC
— BJP (@BJP4India) January 25, 2022
Singh is also the in-charge for Jharkhand affairs of the party, where the party is in power along with the JMM.

He has earlier represented the Padrauna assembly constituency and had defeated Swami Prasad Maurya from Kushinagar in the 2009 Lok Sabha polls.

Singh was on Monday included in the Congress list of 30 star campaigners for the first phase of elections in Uttar Pradesh.