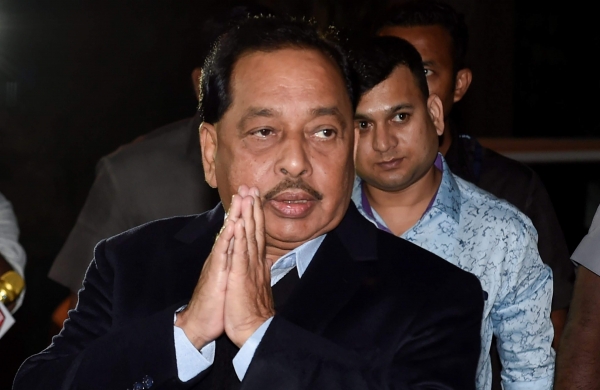 By PTI
MUMBAI: BJP leader Narayan Rane on Saturday took a dig at the Congress saying that it cannot become number one party in the state and at the national level in the near future.

His statement comes a day after the Congress’s newly- appointed Maharashtra unit chief Nana Patole said that bringing the party back on top in the state was his priority.

Talking to reporters at Kankavli in coastal Sindhudurg district, Rane who was in the Congress before joining the BJP, said Patole did not tell how much time it would take for him to make his party number one again.

“That is not possible in the near future. It is only the BJP which will be the numero uno party at the national and state level,” Rane said.

He also hit out at Chief Minister Uddhav Thackeray, accusing him of taking the state backwards in terms of economy and infrastructure development.

“I pray Home minister Amit Shah’s visit to Sindhudurg tomorrow is a good omen to pave the way for the fall of the MVA government,” he said.

Rane accused Thackeray of giving up the Hindutva agendain order to become the chief minister.

Speaking about next year’s civic polls in Mumbai, Rane said the next city mayor will be of the BJP.

“Gujarati community in Mumbai will stand by Modi and Shah. We have done PhD in engineering defections,” he said.

“BJP is capable of taking on the Shiv Sena,” he said.

Rane said the new farm laws were in interest of farmers and wondered why they were protesting.

He accused the Congress and “outsiders” of fanning the protests.

Shah will be in Sindhudurg district on Sunday, where he is scheduled to inaugurate Rane’s medical college and hospital.

Rane, who was Maharashtra chief minister during the Shiv Sena-led government in the early 1990s, is currently a RajyaSabha MP from the BJP.