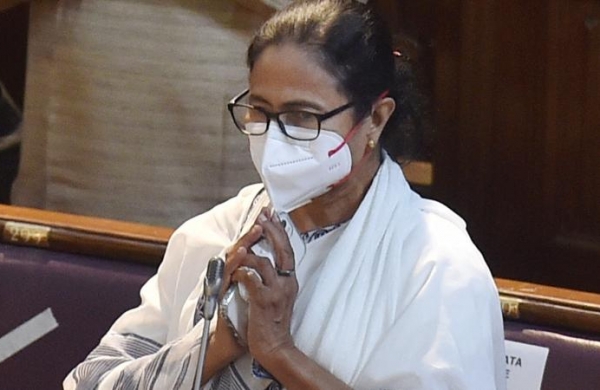 By Express News Service
KOLKATA: A new equation between the Trinamool Congress and the Congress appears to have emerged in West Bengal as the two bitter political rivals are coming closer on the issue of Pegasus snooping.

The word “chronology” was used frequently by Union Home Minister ahead of the 2021 West Bengal Assembly elections when he elaborated implementation of contentious Citizenship (Amendment) Act (CAA) and National Register of Citzens (NRC). “First the CAA will come. All refugees will get citizenship. Then NRC will come…understand the chronology,” Shah had said repeatedly.

The Congress in West Bengal also softened its stance on the issue of dealing with the ruling TMC. The state Congress president had earlier said that the party would not field any candidate against Mamata Banerjee in Bhowanipore Assembly by elections as the chief minister will have to get elected as she lost in Nandigram.

On Friday, state Congress vice president Ghosh said, “Mamata Banerjee faced many challenges to reach her today’s position in politics. If she urged all anti-BJP political forces to come under one umbrella, we are all set to respond. On this issue, we should echo the same. We have already extended our hands to the TMC.”

Mamata will leave for Delhi on July 21 and and she has announced her plans to meet leaders of non-BJP parties. She also requested NCP chief Sharad Pawar and Congress leader P Chidambaram to arrange a meeting while giving a call to uproot the BJP from the Centre in the 2024 general elections.

TMC leaders admitted that the party’s political stance has been changed after the party’s stupendous victory in the recent Assembly elections and Mamata’s emergence as an anti-BJP leader in the country. “She is now eyeing the 2024 Lok Sabha polls and for this, she is gearing up for taking the TMC into the arena of national politics,” said a TMC leader.