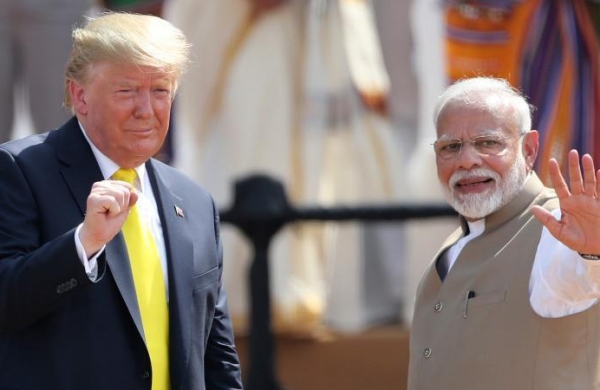 By PTI
AHMEDABAD: Gujarat Congress chief Amit Chavda claimed in the state Assembly that the Vijay Rupani government had ignored coronavirus outbreak warnings from the WHO as well as the Centre and had gone ahead with the mega event welcoming then United States President Donald Trump here.

The event, organised in the stadium in Motera here, was held on February 24 last year and over a lakh people attended.

“Following the COVID-19 outbreak in China, the World Health Organization had declared a health emergency on January 30 last year and had issued warnings to all countries. The Union government asked states not to hold large gatherings. Despite this, the Gujarat government organised Namaste Trump,” Chavda said in the Assembly on Saturday.

He was speaking on the motion of thanks after Governor Acharya Devvrat’s address in the House.

“When the government was supposed to warn the people about the outbreak, it went ahead and organised an event like Namaste Trump to satisfy the party’s political ambitions,” Chavda, MLA from Anklav in Anand district, alleged.

Refuting the allegations, Gujarat BJP spokesperson Yamal Vyas said, “There is no connection between the Namaste Trump event and the spread of the virus. While the event was organized in February, the coronavirus-induced lockdown was imposed in March.”