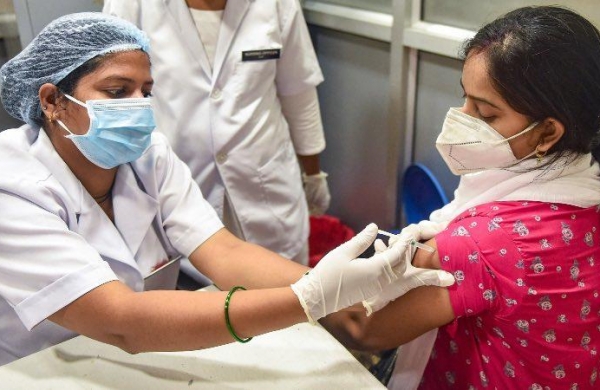 By PTI
NEW DELHI: The Congress on Wednesday attacked the Centre over the “shortage” of COVID-19 vaccines and said the third wave of the pandemic may hit the country very badly due to the “slow” pace of vaccination and the government’s “failure”.

Senior Congress leader and Leader of Opposition in Rajya Sabha Mallikarjun Kharge said the weekly pace of vaccinations has declined to nearly 60 percent of what was seen in the week after June 21.

Rahul Gandhi, who has been persistently targeting the Centre over its handling of the pandemic, said there are “jumlas (rhetoric)” but no vaccines.

Congress leader Jairam Ramesh pointed to complaints of shortage of vaccines in several states and urged the Modi government to double the vaccine procurement and allocate the same to states fairly.

“Vaccine shortages are now hampering drives even in states friendly to Modi government – Odisha, Andhra and Telangana – in addition to states governed by Opposition.

The only way forward is: Double vaccine procurement and allocate to states fairly and transparently,” Ramesh said.

The two leaders pointed to the shortage of vaccines in several states including Tamil Nadu, Maharashtra, Telangana, Odisha, Kerala and Delhi.

“The Government led by PM Narendra Modi claimed that it will fully vaccinate all adults by year end. For that, 80 lakh doses need to be given daily. Yet, only 34 lakh doses are being given daily,” Kharge said in a series of tweets.

“Thanks to Modi Government’s failure, the 3rd wave may hit India very badly,” he said.

However, Union Health Minister Mansukh Mandaviya on Wednesday dismissed statements claiming shortage of vaccines, saying they are being made only to create panic among the people.

He asserted that states know very well when and in what quantity they will get the doses.

To enable vaccination through government and private hospitals, Mandaviya said, 11.46 crore vaccine doses were made available to the state governments and union territories in June and this availability has been increased to 13.50 crore in July.

Hitting out at leaders who make statements that create confusion and concern in the media, he said they need to introspect whether they are so far removed from the governance process that they are not even aware of the information already being given in the context of vaccine supply.

Kharge, however, claimed that the shortage of vaccines in several states has forced them to shut down vaccination centres.

The Congress leader pointed out that Tamil Nadu has received only 1.67 crore doses of the two vaccines, against a demand of 11.5 crore doses and Maharashtra has administered 3.7 crore doses but the state government has passed a resolution demanding three crore doses per month to vaccinate enough people in the state.

“Several COVID vaccination centres in Telangana have run out of Covaxin doses.

“Kerala has the capacity to deliver 2.5-3 lakh doses per day but the huge supply-demand mismatch has reduced the pace of vaccination.24 of 30 districts have run out of vaccines in Odisha,” he noted.

He claimed Delhi’s vaccine stock is so low that 500 centres had to be closed due to shortage.

“The lack of sufficient doses of the vaccines has forced Andhra Pradesh to prioritise giving the second dose to the beneficiaries due to receive it by limiting giving the 1st dose to certain groups,” he claimed.

In another tweet, Kharge cited a media report saying, “Reportedly, Gujaratis have mortgaged gold worth Rs 10,000 crores in the past 1.5 years.

Families have had to pledge their gold to meet routine expenses, pay staff, pay medical bills and pay for weddings.”

The Congress has been critical of the government’s vaccination policy.