Confusion in Congress? Some leaders raise concern over Covaxin, some congratulate scientists 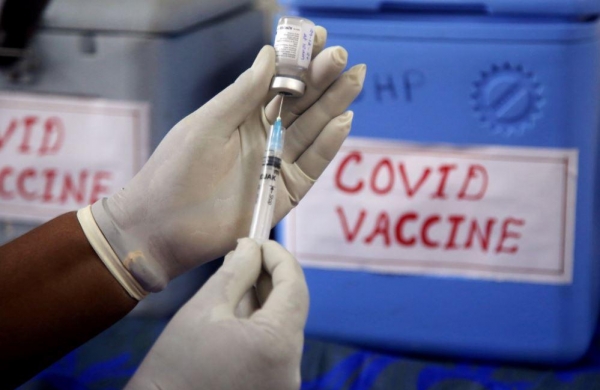 NEW DELHI: Some Congress leaders on Sunday raised serious concern over the grant of approval to Bharat Biotech’s COVID-19 vaccine for restricted use, saying it is “premature” and can prove dangerous.

However, there were different voices within the party as its chief spokesperson Randeep Surjewala lauded scientists and researchers of Bharat Biotech for the indigenous vaccine.

Leaders like Anand Sharma, Jairam Ramesh and Shashi Tharoor asked the health minister to explain why mandatory protocols and verification of data “had been dispensed with”, prompting a sharp retort from Union Minister Hardeep Puri who said the Congress leaders were behaving “true to their form” and were on a “quest for permanent political marginalisation”.

Sharma, who heads the Parliamentary panel on Home Affairs that dealt with the issue at length, said the matter of granting authorisation for vaccine use needs to be taken up carefully as no country has dispensed with the mandatory phase 3 trials and verification of data.

As per submissions made before the expert panel, phase 3 trials have not been completed.

Therefore the data on safety and efficacy has not been reviewed, which is a mandatory requirement, Sharma said while referring to Covaxin.

“The health ministry needs to give cogent reasons for dispensing with the mandatory protocols and requirements in this case since it involves the health and safety of those frontline workers who will be vaccinated under the restricted category,” Sharma told PTI.

“Standard protocols and mandatory requirement of publication of data on safety and efficacy which is reviewed and verifiable is important for the integrity of the process,” he said.

Congress spokesperson Gourav Vallabh said his party wants free vaccines to be provided to all Indians.

“We want the best vaccine after completing all protocols. When all the countries of the world were fulfilling the protocols, why had India not started? “We are not having any iota of distrust in our scientific and medical community, but, we want the best vaccine, free of charge for every citizen of our country after completing all scientific protocols, which are required,” Vallabh said.

Congress leader Shashi Tharoor said the approval is premature and Covaxin’s use should be avoided as it could be dangerous.

“The Covaxin has not yet had Phase 3 trials. Approval was premature and could be dangerous. Dr Harsh Vardhan should please clarify. Its use should be avoided till full trials are over. India can start with the AstraZeneca vaccine in the meantime,” he tweeted.

“Bharat Biotech is a first-rate enterprise, but it is puzzling that internationally-accepted protocols relating to phase 3 trials are being modified for Covaxin. Health Minister Harsh Vardhan should clarify,” he said on Twitter.

However, former union minister Ashwani Kumar said the magnitude of the challenge “that confronts us all leaves little room for narrow politics”.

“We need to give hope to the people in these difficult times and not politicise this moment,” he said.

Surjewala tweeted, “Kudos to our scientists and researchers of Bharat Biotech on approval of the indigenously developed Corona vaccine and Serum Institute and its scientists too. India has always led the way in path-breaking innovations in the past and will continue to do the same. Great start for New Year.”

Hitting out at the Congress leaders for their scepticism, Puri tweeted, “Our in-house cynics M/s Jairam, Tharoor and Akhilesh are behaving true to form. They first questioned the valour of our soldiers and are now unhappy that the two vaccines to get DCGI nod are made in India. Clearly, they are on a quest for permanent political marginalization.”

Samajwadi Party leader Akhilesh Yadav had on Saturday termed the anti-Covid vaccine to be rolled out in the country as a “vaccine of the BJP” and said he would not take the shot.

On Sunday, the former Uttar Pradesh chief minister said the COVID-19 vaccination programme is a “sensitive process”, and the government should not treat it as a “cosmetic” event as it is a matter of lives.

Sharma said the news of the imminent arrival and rollout of the nation-wide vaccination drive is “truly uplifting and reassuring” for a country paralysed by the pandemic and is a tribute to India’s scientists, researchers and institutions that have made India the largest vaccine manufacturer of the world.

“The DCGI statement is puzzling and the government must reveal the final data of global efficacy trials and the final trials in the UK which has been shared officially by the UK’s MHRA (Medicines and Healthcare Products Regulatory Agency) following a government-to-government agreement signed between the two countries.”

“This should be put in the public domain to avoid any confusion on the proven efficacy of the vaccine,” Sharma also said.

The Drugs Controller General of India (DCGI) granted the approval on the basis of recommendations by a COVID-19 Subject Expert Committee (SEC) of the Central Drugs Standard Control Organisation (CDSCO).

This paves the way for the roll-out of at least two vaccines in India in the coming days, while two more are in advanced stages of development.

The issue was earlier dealt with by the Parliamentary Standing Committee on Home Affairs.

The panel has recommended to the government that any vaccine against COVID-19 should be granted emergency use authorisation only after proper consideration and conducting its trials on sufficient sample size.

In its report submitted on December 21 to Rajya Sabha chairman and Vice President M Venkaiah Naidu, the committee noted that the CDSCO has given no emergency use authorisation in the past and suggested that all necessary and mandatory requirements must be duly fulfilled and all trial phases completed.