Concerted effort by some to regard Muslims as ‘others’: Former Vice President Hamid Ansari 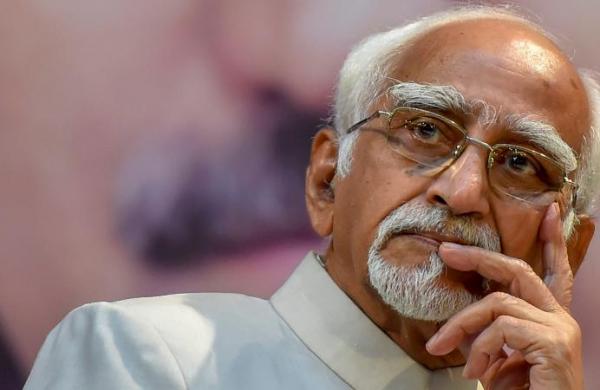 By PTI
NEW DELHI: Former Vice President Hamid Ansari on Wednesday lamented there is a concerted effort by some in the country to regard Muslims as “others” and stressed that India’s plural society has been the reality for centuries.

Participating in a discussion on his book “By Many a Happy Accident: Recollections of a Life”, he said his Muslim-ness did not matter and his professional competence did.

“There is a concerted effort from certain quarters to regard Muslims as others. Am I a citizen or not? If I am a citizen, I have the right to be a beneficiary of all things that flow out of citizenship,” he said, but did not elaborate.

“A plural society was an existential reality in India for centuries,” he also noted.

Former Union minister and senior Congress leader P Chidambaram, who was also part of the discussion, said he and Ansari are both pained as the developments of the last several years are “threatening those who are Muslims”.

“They feel threatened and therefore they are withdrawing,” he noted.

“Muslim identity is being deliberately targeted in India and the current dispensation is targeting them viciously,” Chidambaram alleged.

Ansari said the debate on Muslim identity is “somewhat superfluous” as each one has multiple identities.

“I carry several identities all at the same time. Why should one identity be picked out simply to be ridiculed. A citizen is a citizen,” he said.

Ansari said his experience as a professional diplomat for four decades did not talk about his Muslim-ness.

“When I was in the UN at a difficult time my Muslim-ness did not matter. My professional competence mattered,” he said.

Another Congress leader Shashi Tharoor said politics in recent years has narrowed the space for a person like Ansari in Indian public life.

He said people like Ansari in public life are a pride for every India.

“The prime minister and his people make no effort to conceal their disdain for many aspects of Islam, Muslim culture and are quite belligerent about it,” Tharoor alleged, noting that there is definitely going to be a challenge for Indian Muslims because of this.

In “By Many a Happy Accident”, published by Rupa Publications, Ansari talks about his days in academia, diplomacy and then in the country’s second highest office for two consecutive terms (2007-2017).