Concerns Arise About Preparations of Pitch for India’s MCG Test 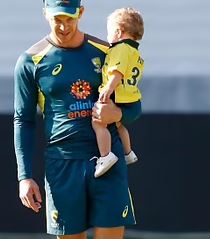 The surge in coronavirus positive cases in Adelaide and South Australia has left quite a few involved in the organisation of the India-Australia series in a spot of bother. Not only has the situation caused changes in personnel, emergency airlifts but also led to concerns around the pitch for the Boxing Day Test at the Melbourne Cricket Ground.

MCC chief executive Stuart Fox is concerned that they might not get to trial the pitches before the Test.

As is the tradition in Australian cricket, the MCG is set to host the Boxing Day Test but could also be awarded the opening Test against India depending on the situation in Adelaide.

Cricket Australia is confident Adelaide will retain the day-night clash but it remains unclear what restrictions and protocols will be in place once the South Australian government lifts a six-day lockdown next week.

It was the coronavirus spike that led to the Sheffield Shield games being moved from the MCG and the same problem albeit in a different city has resulted in trial matches for the drop-in pitches to be cancelled. The MCC however does hope that a trial game can still be squeezed in before the Tests get underway, reported the Sydney Morning Herald.

“It is a concern for me because I would like to give them every opportunity to trial the pitches but we [were to have had] a Test event the other day and Cricket Victoria were supporting us, we were meant to have players and a two-day game and we had the pitch ready to go but the game got cancelled the night before and that was really, ultimately, the result of the situation in South Australia,” Fox explained on RSN radio.

“I think it demonstrates how vulnerable we still are day by day. Ideally, we would love to have a game and we are still working on that but, ultimately, it may not happen.

“Matt is in a good spot. He produced a really good pitch last year that got a really good rating and he knows his trade. He is year three in and he is starting to deeply understand our pitches compared to where he was.”

While Matt Page, the curator looks for ways to get past this hurdle, Australia’s Pat Cummins has said that the bowlers would like quick and bouncy pitches to unsettle the Indian batting, which will be without Virat Kohli after the first Test.Read Full Article