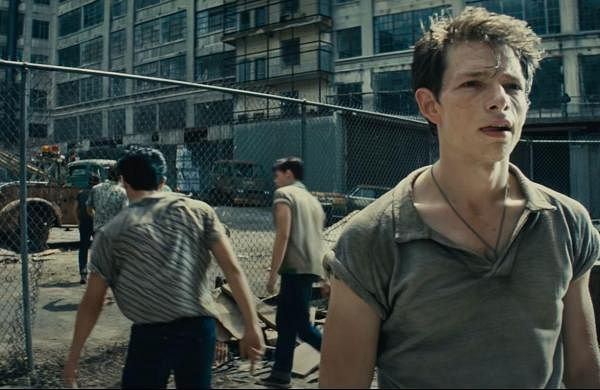 MUMBAI: Actor Rachel Zegler, who steps into the shoes of legendary star Natalie Wood to play Maria in Steven Speilberg’s adaptation of “West Side Story”, said her intention is not to overshadow the legacy of the late actor.

The musical romantic drama brings back the classic tale of forbidden love between Tony (Ansel Elgort) and Maria (Zegler) in 1950s New York City despite having affiliations with rival street gangs — the Jets and Sharks.

The film is an adaptation of the famed 1957 Broadway musical of the same title, which was earlier turned into a 1961 film, featuring Wood as Maria.

Zegler said she is aware that there are going to be comparisons between her and Wood but she has focused on adding a fresh take to the character.

“I think any film is a challenge, if it’s easy, you don’t care. And I care a lot about the story. The story informed me as a kid what I wanted to do for the rest of my life. I knew comparison was inevitable when it came to myself and the late great Natalie Wood.

“I think that the original film stands on its own, as this iconic piece of film history, that everybody’s going to refer to for the rest of time. And that was very present in my mind,” the 20-year-old actor, who is making her debut with ‘West Side Story’, said during the virtual global press conference of the film, also attended by PTI.

Zegler also shared that she didn’t revisit the original film because she thought it might add unnecessary pressure on her.

“I didn’t revisit the material as I didn’t want to compare in my own mind. I think that adds unnecessary pressure. I just wanted to do a good job. And that’s really all we wanted to accomplish. It wasn’t like, ‘Am I going to overshadow the legacy of a late great actress?’ That was never the intention.

It was about what I can bring from my own life experience that wasn’t there before,” Zegler said.

In addition to Zegler, Spielberg’s version of ‘West Side Story’ stars Ansel Elgort as Tony, Ariana DeBose as Anita and David Alvarez as Bernardo.

Veteran actor Rita Moreno, who won the best supporting actress Oscar for her role of Anita in the original, will be seen as Valentina, a new character.

Zegler and her co-star David Alvarez also talked about the importance of Latino representation in the film.

“I am the first Latina to play Maria on screen and that’s a huge thing. It’s a part of a legacy of a very important musical to so many people that’s not lost on me. We all come in different shades, different walks of life,” Zegler said.

Alvarez said the film is “a huge step forward”.

“What Steven Spielberg has done and what this whole production has done is what the past generations had failed to do. I think it’s changing everything. And this is kind of like leading by example, and I think it’s just opening so many doors for the future. So, this is incredible for us to be leading this and it’s thanks to Steven’s vision,” he added.

DeBose said, “We don’t want to validate all of these lived experiences and showing that and celebrating a diaspora. I think our film does a really good job of that and I’m really proud.”

“West Side Story” is set to bow out theatrically on December 10.