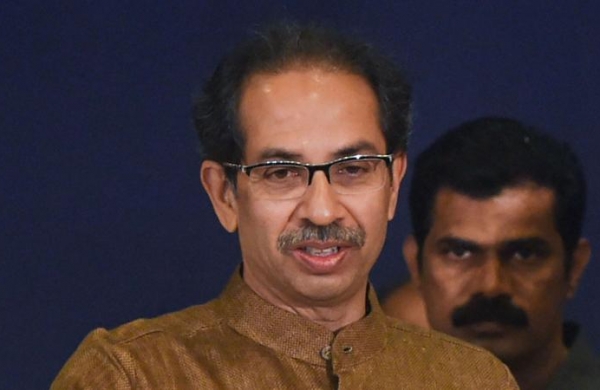 By PTI
PALGHAR: Maharashtra Chief Minister Uddhav Thackeray on Friday visited Palghar and said his government was committed to the welfare of the tribal-dominated district.

He, however, parried a query on the controversy over the state governor’s flight on Thursday, and took a swipe at the BJP with a “closed door” jibe.

Talking to reporters in Jawhar, he said the focus would be on developing the health, education, communication, water, industrial and tourism sectors in the district.

The district has a long coastline and Jawhar can be developed as a hill station, the CM told reporters.

He sidestepped a query on the Maharashtra governor being denied permission on Thursday to fly to Dehradun in Uttarakhand in a state plane.

However, tongue in cheek, he said airstrip facilities will be set up Palghar “now that you (media) have reminded me about flights”.

In reply to another query on the review meeting he chaired with district officials, the CM said “I will tell you what I discussed behind closed doors”, a possible humour-laced swipe at the BJP and Union Home Minister Amit Shah.

Shah, during a visit to the state’s Konkan region recently, had spoken about the Shiv Sena’s claim that the BJP had broken its promise of sharing the CM’s post after the October 2019 Assembly polls.

Shah had, at the time, said “whatever I do, I do it in the open and not behind closed doors”.

During his visit to Jamsar PHC in Jawhar, Thackeray appreciated the rangolis and traditional art works created by tribals.

He said Warli paintings from the region should be promoted so that people from far and wide are aware of its beauty.