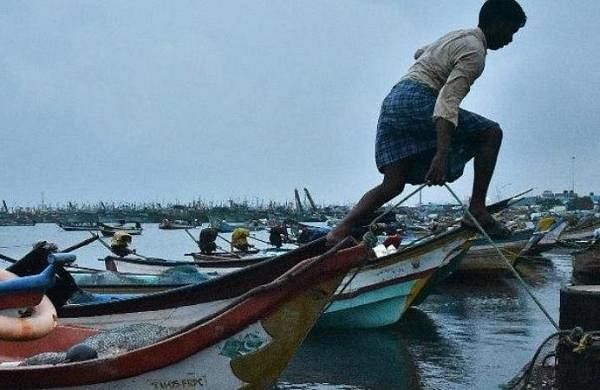 What was assumed as a possibility has now become a reality — global warming and climate change. Scientists felt the impulse nearly a decade ago, post the industrial revolution and its after-effects. First, it was acid rain, followed by gradual increase in average temperature, followed by melting of ice and swelling of seas. All these are now contributing to the climate change impact on coastal communities. Added to this are unscientific developmental activities and policies influenced by pressure from rich and influential people.

Traditionally, the coastline belonged to fishermen and their associates involved in processing, marketing and fishery linked jobs. Mechanisation, overfishing, indiscriminate fishing, fishing during breeding season, reduced mesh size, are some of the human causes of declining fish catch.

These are being addressed in the form of fishing holidays, regulation of mesh size, regulation of engine power, ban on light fishing, bull trawling etc. But these are hardly monitored and the capable violate laws, while innocent traditional fishermen suffer.

However, there are other issues that need to be viewed seriously. They include an increased number of cyclones, acidification of the sea, migration of population due to increasing temperature and rise in sea level. All these are global issues that have to be addressed by policy makers from all over the globe, and implemented locally by providing proper education and support.

Coastal Regulation Notification 1991 was an effort to safeguard the interest of fishermen and other coastal populations, considering several issues that include climate change too.  Notable features are marking 500 metres from the shoreline as ‘No Development Zone (NDZ)’, protection of ecologically sensitive regions, mangroves etc. Unfortunately, this notification saw a series of amendments and fresh notifications to favour the rich and influential in the name of development, tourism promotion etc. Private players are entering the coastal regions, and fishermen are victims of all these developments.

Coastal erosion is a natural phenomenon occurring all over the world, and is seasonal. The erosion is due to change in the current monsoon pattern. These erosions are temporary and accretion occurs within three months when the current pattern changes. Increase in the impact and area covered is due to human interference in the form of dredging, construction of sea walls, encroachment of the sea etc. All these affect traditional fishery.

Sagara Mala is a project which is totally unscientific. When the existing infrastructure is not even utilised, plans for further expansion is uncalled for. The question is, why such a development when it does not favour local communities?