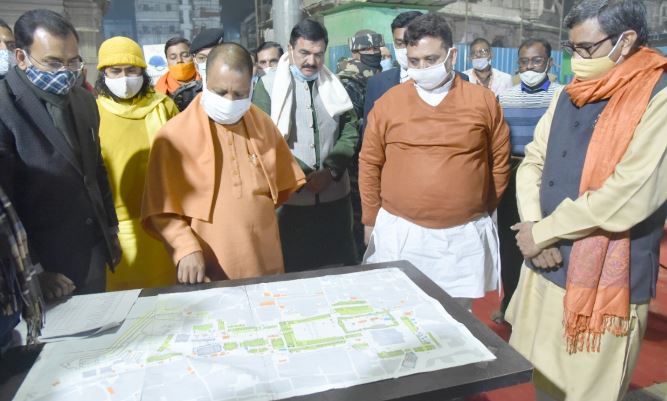 One of the most challenging projects so far has been the development of a 50-feet-wide Kashi Vishwanath Corridor.He also asked for detailed information about the progress of the work from the officers and directed them to complete the work at the given period of time.

Later, CM also contributed blankets to the poor people living in the shelter home built in the Townhall near Madagin and sought information from them about the arrangements