CM Rupani appoints 5 members in Sanskrit Board to popularize language 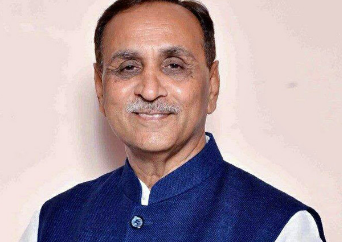 Gujarat chief minister Vijay Rupani has appointed 5 members including Chairman-Vice Chairman of Gujarat Sanskrit Shikshan Board working for the promotion of Sanskrit language in the state.

Gujarat CM has been specific about the promotion and popularization of the Sanskrit language in the state as it represents India’s ancient heritage. Soon after taking office, he had announced setting up Sanskrit Board for popularizing the language among adults and youths of the state.

Mr. Rupani has appointed Sanskrit Scholar and Retired Acharya Shri Jaishankar Rawal of Surendranagar as the Chairman of this Board and Shri Nand Kishore Mehta, Principal of Shri Rajkiya Sanskrit Pathshala of Petlad as well as Sanskrit Scholar as Vice Chairman.

Mr. Rupani also appointed Dr. Dipesh Katira of Shri Somnath Sanskrit University, Dr. Amrutlal Bhogayata of Brahmarshi Sanskrit College, Nadiad and Shri Rajeshbhai Rana of Valsad as 3 other non-government members of Gujarat Sanskrit Shikshan Board. Over the years, Sanskrit has lost its sheen and appeal among the youths due to lack of awareness. Through this Sanskrit Shikshan Board, Rupani govt not only looks to revive the ancient education but also infuse fresh energy and vigour in it.