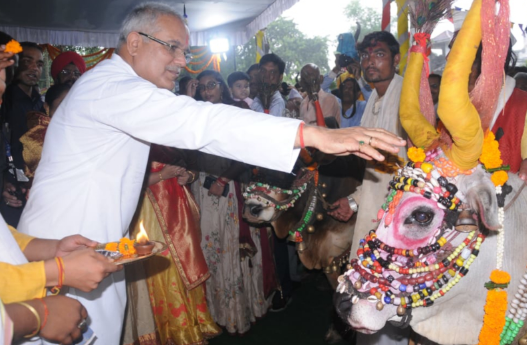 Bhupesh Baghel will campaign in Marwahi for three days on October 29, 30 and 31, during this time, MIC members and councilors of Bilaspur Mayor Ramsharan Yadav Municipal Corporation will also campaign in favor of Congress candidate in Marwahi among the people of Marwahi Will arrive. Chief Minister Bhupesh Baghel will address election meetings in Marwahi. He will also hold a meeting in Madhya Pradesh. On October 29, Chief Minister Baghel will address a public meeting at Eklavya High School courtyard Dongria at 12 noon and at Kodgar (Pendra) at half past one.

After this, his meeting is held in the high school ground at 3 pm in Jogisar (Gorella). The Chief Minister will take a night’s rest in Amarkantak. On October 30 at 12 noon, he will hold a meeting at Jaithari, Anuppur (Madhya Pradesh). After this, an election meeting is held in the High School Ground of Bastibagra (Gorella) at 1.30pm. Their meeting is held near the petrol pump in Lohari village of Marwahi area at 3 pm. At 4.15 pm, he will leave for Manendragarh and rest there at night.