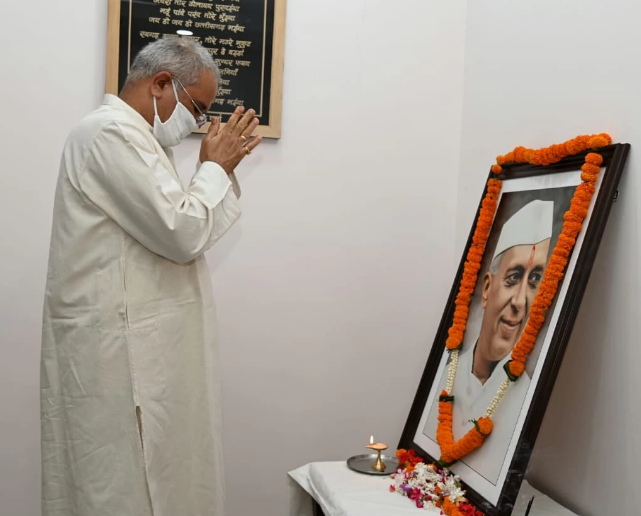 Bhupesh Baghel has paid homage to the first Prime Minister of India, Bharat Ratna Pandit Jawaharlal Nehru on his death anniversary. Baghel garlanded the portrait of former Prime Minister Pandit Jawaharlal Nehru at his residence office here today and paid a humble tribute to him.
On this occasion, the Chief Minister has said that Pandit Nehru was a precious jewel in the land of India, who played an important role in the independence of the country and its Navnirman. Pandit Nehru has been a beloved leader of the masses. Even today, indelible mark of his personality and work is inscribed in the hearts and minds of Indians.
The Chief Minister said that Pandit Nehru made democracy his prime minister for the development of the country and gave India a strong foundation.