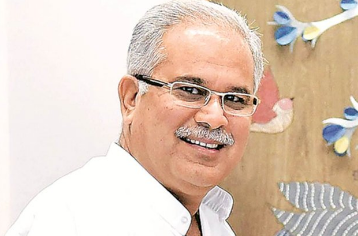 Chief Minister Bhupesh Baghel has mourned the death of Odisha workers in a bus accident. He wrote on Twitter that the death of seven people of Odisha in a bus accident near the temple of Hassaud in the capital Raipur is very sad. May God bless his soul and his family. Instructions have been given to officers to provide quick and better treatment to the injured as well as other necessary help. Please tell that from Odisha’s Ganjam, the laborer was going on a bus to Surat in Gujarat. A high speed truck hit the bus vigorously near the agricultural college in Serikheri village in the early hours of Saturday. Due to which the children of the bus flew away. On the spot, 7 workers died tragically. 7 workers are said to be seriously injured. The injured have been admitted to the hospital. Where he is being treated. It is being told that there were about 50 workers on the bus. After the accident, the truck rider escaped from the spot. The injured have been admitted to Ambedkar Hospital.