CM Bhupesh bowed to the creator of the state song, said – ‘Chhattisgarhi language got special recognition’ 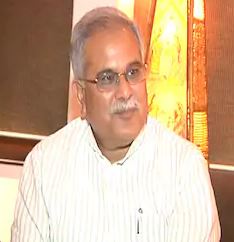 November 4 is the birth anniversary of Dr. Narendra Dev Varma, the renowned litterateur and linguist who gave the state song to Chhattisgarh. On this occasion, Chief Minister Bhupesh Baghel has saluted him. Recalling Dr. Narendra Verma, CM Bhupesh said that Dr. Verma was rich in versatility. He has made an indelible mark in many roles such as poet, thinker, novelist, playwright, editor and stage operator. Even in English, he wrote his compositions, with his ozpurnavani and irrefutable arguments, he had the ability to impress anyone in a moment. He further said- ‘In the celebration of Yuva Utsav, he had deeply influenced the then Prime Minister Jawaharlal Nehru of his thoughts. He has given immortal composition in the form of ‘Arpa Pari Ke Dhar Mahanadi O Apar …’, in which the glory of Chhattisgarh Mahtari is a one-time realization. This song has become the identity of Dr. Narendra Verma and the honor of Chhattisgarh, originated from his pen or as a state song, has become the anthem of the souls of Chhattisgarh from Bastar to Surguja today. Such vandana of Chhattisgarh can only be their true son.