CM Bhupesh Baghel, who thundered in Jogi’s stronghold, said- will make Marwahi the most developed and beautiful district 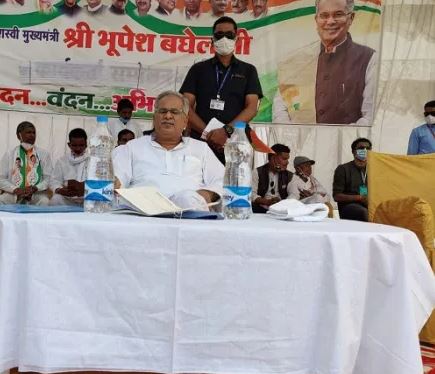 Chief Minister Bhupesh Baghel today thundered in Jogi’s stronghold at the last minute of the Marwahi by-election campaign. He said that Marwahi will be made the most beautiful and developed district. It started with the creation of a new district on 15 August last year. Taking a dig at former minister Raman Singh, he said, 15 years did not appear, now what have come here to do.

Chief Minister Bhupesh Baghel, who arrived on a three-day Marwahi tour, held three meetings. It includes Dongria, Kodgar and Jogisar, the ancestral village of former Chief Minister Ajit Jogi. Home Ministers Tamradhwaj Sahu, Kawasi Lakhma, Mohan Markam were present along with all the leaders. The Chief Minister said, there are immense possibilities of tourism in the district. I am very impressed by the natural beauty of this district.

Chief Minister Bhupesh Badhel has left for Amarkantak. After resting the night there, on October 30, he will address an election meeting at Jaithari in Anuppur district of Madhya Pradesh. After leaving from there, he will address the election meeting at 1.30 pm in village Bastibagra of Gourela block. After this, at 3 pm at village Lohari in Marwahi block and after 4 pm they will leave for Manendragarh.