CM Baghel wrote a letter to Union Home Minister Shah, demanding this for the protection of Bastar 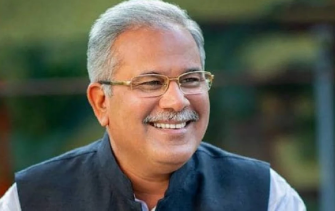 Chief Minister Bhupesh Baghel has sought cooperation from the Center for better implementation of the Naxal eradication action plan. In this regard, Chief Minister Bhupesh Baghel has written a letter to the Home Minister of the country Amit Shah, demanding that the 7 CRPF battalions allotted to the state be made available to the state at the earliest. Along with this, he has also requested for special recruitment rally for Bastar youth and formation of an additional Bastar battalion.

In the letter, CM Baghel has written that in the year 2018, 7 additional CRPF battalions were allotted by the Ministry of Home Affairs for the state of Chhattisgarh, to be deployed in Naxal-affected areas of South Bastar. The construction work at the selected location has been completed, so the 7 CRPF battalions allotted earlier should be made available to the state at the earliest.

In the letter, CM Baghel has said that 1028 mobile towers were sanctioned for increasing the telecom facility in Naxal-affected districts, for which locations have been selected and sent to the Ministry of Home Affairs. The towers should be established soon, which could benefit the common people as well as the security forces.