CM Baghel cherished the tradition of Deepawali, completed the ceremony by planting paddy earrings in the residence 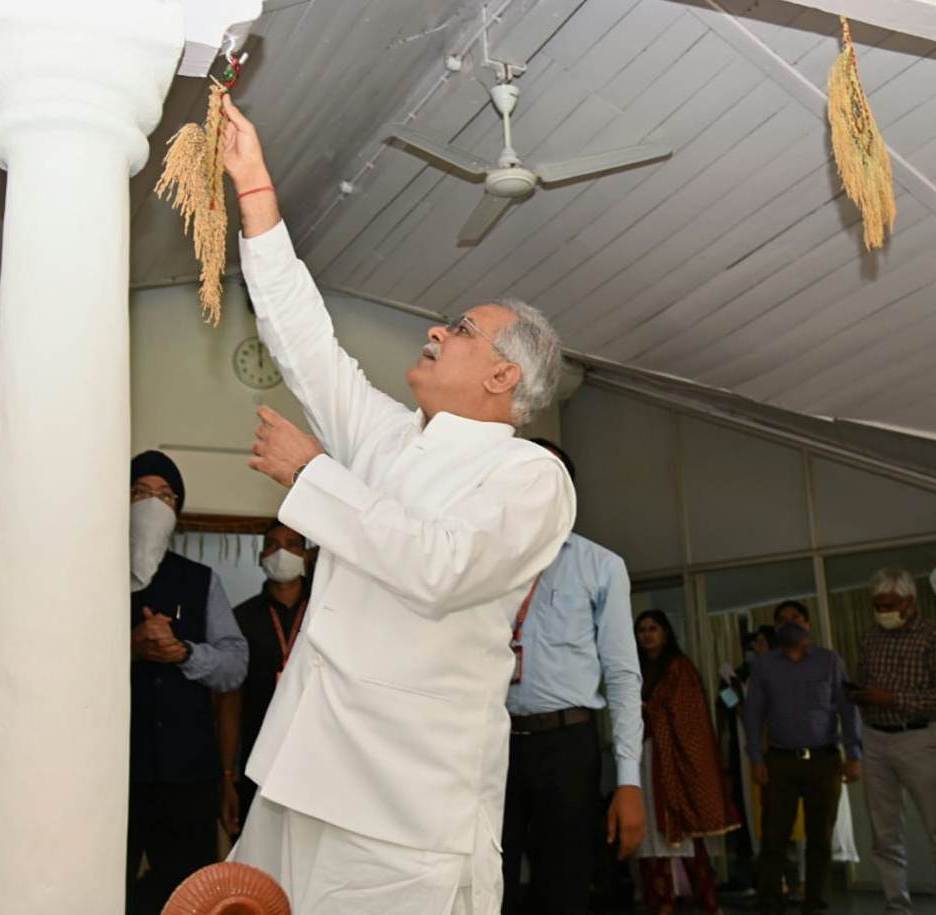 In keeping with the cultural tradition of Deepawali in Chhattisgarh, Chief Minister Bhupesh Baghel also completed the ceremony of tying paddy at his residence. From Bastar to Surguja, there is a tradition of hanging on such skirting courtyards and gates, also known as phata or cage.
When the new crop is ready in the fields during Deepawali, the villagers prepare such artistic skirting from the soft earrings of the paddy. By decorating the houses with them, they thank Goddess Lakshmi for their happiness and prosperity and invite her to worship. It is believed that his invitation reaches the goddess through the birds, which descend on the courtyard and gate to feed the paddy grains. In this way, the folk culture of the state shares its happiness with nature and saves it.