Clinical trial for Covid vaccines for children on verge of completion: Centre to HC 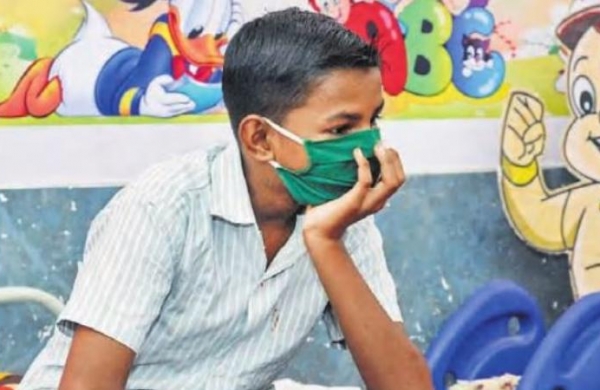 By PTI
NEW DELHI: The Delhi High Court Friday said it would be a disaster if COVID-19 vaccines are administered, especially to children, without clinical trials and asked the Centre that it should take steps to quickly vaccinate kids of below 18 years of age once the trials are over as the whole nation is waiting for it.

The court was informed by the Centre that clinical trials for the vaccines for children under 18 years of age are going on and on the verge of completion and that a policy will be formed by the government and children will be vaccinated when experts give permission.

Let the trials be done, otherwise it would be a disaster if vaccines are administered without trials that too in case of children, a bench of Chief Justice D N Patel and Justice Jyoti Singh observed.

Once trials are over, you quickly apply to children.

The whole country is waiting, it added and listed the matter for further hearing on September 6.

The high court was hearing a PIL filed on behalf of a minor which sought directions for the immediate vaccination of those in the 12-17 age group on the ground that there were fears a likely third wave of COVID-19 could affect them more.

The Centre, in the affidavit filed through standing counsel Anurag Ahluwalia, said vaccination is the top most priority of the government and all efforts are being made to achieve an objective of 100 per cent vaccination in the shortest time possible keeping the available resources in mind and availability of vaccine doses into consideration.

It said from May 1, onwards under the new liberalised pricing and accelerated national COVID vaccination strategy, all citizens above the age of 18 years including parents of children who are residing in Delhi are already eligible for the vaccination.

The Centre said on May 12, Drug Controller General of India has permitted Bharat Biotech to conduct clinical trials on the healthy volunteers between 2 to 18 years of age for its vaccineCovaxin.

Senior advocate Kailash Vasudev, representing the petitioner, said vaccines are being administered to children of the age group of 8 to 18 years in various countries and the court may ask the authorities to conclude the process in a time bound manner.

To this, the bench said the government was saying that trials are going on and there cannot be a time bound schedule for a research.

They are only asking for a breathing time.

Everybody is working, the bench said, adding that looking into the stand taken by the Centre that the trials are going on and are at the verge of completion, list the petition on September 6.

Meanwhile, the court disposed of another petition seeking to vaccinate class 10th and 12th students since they had to appear for board exams.

The court noted that trials for vaccines for children are already going on and that the CBSE has cancelled the exams and now there are no offline mode of examination for students of class 10th and 12th this year.

“Looking into these two facts we see no reason to entertain this petition at this stage.

Liberty is given to the petitioner to move an appropriate authority for the grievances in future, the bench said.

When the petitioner’s counsel said the children will need to appear for competitive exams, the bench said they can approach the court at that time.

The first PIL was filed seeking directions for immediate vaccination of 12-17 year-old children on the ground that there was an apprehension that a likely third wave of COVID-19 could affect them more.

The petition has also sought priority in vaccination to parents of children up to 17 years of age as several kids were orphaned after their parents succumbed to COVID-19 during the second wave.

There are two petitioners in the matter — the first is a minor represented through her mother and the second is a mother of a minor child.

The petition has claimed that according to the data of number of persons infected between April 2021 to May 2021, the number of reported cases where children were infected “has risen tremendously” than last year.

It has alleged that the vaccine policy of India has failed to factor in children or parents of children for vaccination and the Centre and Delhi government have also failed to prepare a national plan for taking of the minors during the present pandemic.

“That globally, countries have fully recognised the importance of vaccinating children, alongside adults, to curb, mitigate the ill effects of the present pandemic and have accordingly and effectively taken measures.

“Vaccines for children are being produced and administered in countries such as Canada, United States of America (USA), for children between the ages of 12-17 years,” it has said.