Climate change and its impact: The science behind it all 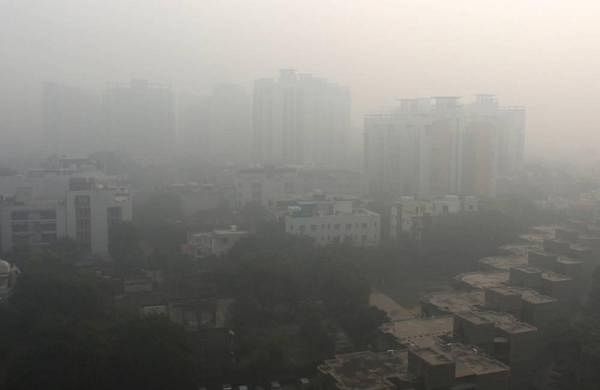 As world leaders gather this week in Glasgow at the 26th Conference of Parties (COP26), climate change and the ability of our species to cope with it in the coming century are in sharp focus. And it seems timely to retrospect on how we find ourselves here today.

That climate change and biodiversity loss are ongoing, and at more rapid rates than any time in recent history are facts to which the global scientific community has been trying to draw the world’s attention for well over three decades now.

That humanity’s well-being and fate is intricately linked to these changes is an idea that has taken far too long to gain the traction that it has, perhaps with irreversible consequences, but it has finally come home to policy makers and governments across the world. It is this urgency that we hope will be reflected in the deliberations and outcomes at COP26 this year.

So what does the science tell us? At the crux of the climate crisis, anthropogenic greenhouse gas emissions continue to rise, driving changes in global mean temperatures (July 2021 was the hottest month on record), that in turn feed into a climate pattern where extreme weather events such as heatwaves, excessive rain, floods and droughts are becoming more frequent across the globe.

At the same time, human activities have transformed over three-fourths of Earth’s land and oceans in one form or another, typically simplifying complex natural systems, with associated loss of biodiversity and ecosystem function. Collectively climate change and biodiversity loss are impacting the lives of millions of people globally, including their food and nutritional security, economic well-being and health. If these changes proceed unabated, they will cripple the adaptive capability of our socio-ecological systems.

In India, we are witnessing noticeable changes in the monsoon pattern that drives the pulse of life on our subcontinent. Over the past two decades, the monsoon has become more unpredictable and variable, both within and across years.

Meanwhile, cyclonic events associated with the north-east monsoon are becoming more frequent and intense as the Bay of Bengal becomes unusually hotter, and even the cooler Arabian Sea starts to warm. Indeed, Cyclone Amphan was one of the strongest cyclones in the recorded history of this region, while extreme rain events in Himachal and Uttaranchal have made recent headlines in the news. From the Himalayas to the arid tracts of interior Karnataka, farmers speak of these changes and the need to adapt their crops and harvests to the same.

The future food and water security of our continent rests on combining sound science that predicts these climatic and ecological changes, with practice that applies this science to adapt our food and water systems to these changes. Biodiversity will play a critical role here – from reduced diseases in multi-crop assemblages to faster carbon sequestration in more diverse forestry plantations – biodiversity can act to buffer and combat the impacts of climate change.

A critical recognition here, which also signals an important shift in global policy, and captured in the recent landmark combined report of the IPCC and the IPBES (the two major global scientific collaborations on climate change and biodiversity loss) is that climate change and biodiversity loss are intricately intertwined and need to be addressed together, while keeping human wellbeing at the focus of all our mitigation efforts.

The impacts of changing climate are evident in our natural ecosystems as changes in the abundances, distributions and life-cycles of many species. While most early reports of such changes came from the temperate zone where temperature changes are most pronounced, reports from the biodiverse tropical and sub-tropical ecosystems of India are also emerging. For example, many Himalayan plants and birds are shifting their distributions upward along elevation gradients.  In the Western Ghats, the spread of invasive trees facilitated by warmer temperatures may accelerate the loss of unique montane grassland habitats, with implications for many endemic birds and mammals. Climate change and sea level rise together are predicted to leave tigers in the Sunderbans with no suitable habitat by 2070.

These climate-driven shifts in suitable habitats combined with habitat loss from an ever-expanding human footprint will present a major challenge for conserving India’s wild heritage in the future. This problem is not entirely new. With less than 5% of its terrestrial regions classified as protected areas, much of India’s magnificent wildlife, her elephants, rhinos, tigers and leopards already exist in human-dominated landscapes.

As climate change may render existing protected areas less than suitable habitats for many species, such overlap of humans and wildlife is likely to increase. Conserving India’s wildlife into the future will require science that proactively predicts the movements of animals with creative socio-ecological solutions for the coexistence of humans and wildlife in shared spaces.

NEW DELHI: Even if the world limits warming to 1.5 degrees Celsius, many climate risks remain and will be irreversible, a latest United Nations Environment Programme (UNEP)  report released on Thursday said, while warning that the gap between costs of adaptation and the current financial flow is widening.

‘The Adaptation Gap Report 2021: The Gathering Storm’, said at the current 1.1 degrees Celsius warming, the world has witnessed climate-related devastation in 2021 ranging from floods in Europe and China, heatwaves in Pacific North West, wildfires in Greece and floods and monsoon variabilities in India.

Role for women in climate talks

NEW DELHI: Around 90 per cent of respondents in a survey of people in India called for greater female representation at the COP26 climate talks while 87 per cent, nearly nine in 10 people, think more must be done to give women from the Global South a voice at the global summit, according to the latest survey from ActionAid.

As many as 67 per cent of women in the Global South, or nearly two-thirds, think that women and girls are more likely to be adversely affected by the climate crisis, while 73 per cent, or nearly three-quarters, say that addressing gender inequality is a vital part of solving climate change, according to the survey.

(With Inputs from Agencies)

(The writers are from the National Center For Biological Sciences, Bengaluru)