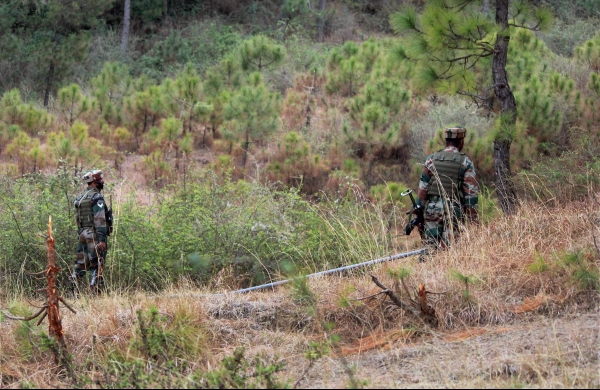 By PTI
JAMMU: A 20-year-old man was injured as Pakistani troops opened fire and lobbed mortars at forward posts and civilian areas along the Line of Control (LoC) in Jammu and Kashmir’s Poonch district on Thursday, officials said.

The injured was identified as Mohammed Ikhlak, a resident of Shahpur village, they said.

The Pakistani army opened fire with small arms and lobbed mortars along the LoC in Shahpur sector, the officials said.

Ikhlak was injured in the firing and rushed to the hospital for treatment, they said.

In 2020, Jammu and Kashmir recorded over 5,400 instances of ceasefire violations by Pakistan, the highest in the past 19 years, along the LoC.

A total of 36 people were killed and over 130 injured in these ceasefire violations, according to the officials.

“Pakistani troops repeatedly targeted forwards posts and villages along the Line of Control and the International Border to create a fear psychosis among the people and destabilise the peace along the borderline,” a senior police officer said.