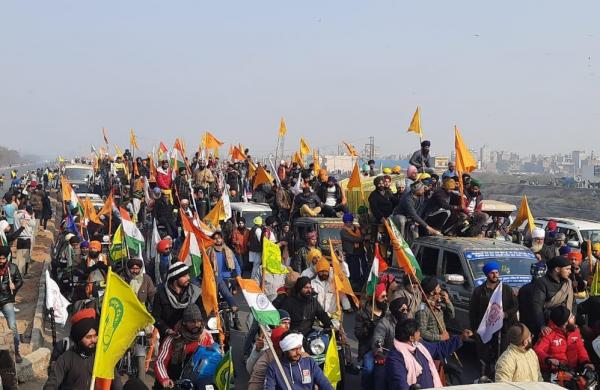 By PTI
NEW DELHI: Civil society members, including Aruna Roy, Prashant Bhushan and Harsh Mander, appealed on Friday for repealing of the three farm laws, enacting a legislation to guarantee MSP and withdrawing all cases filed under UAPA against farmer leaders.

In a joint statement, a national call was given by civil society to stand in solidarity with the farmers’ movement on Mahatma Gandhi’s death anniversary on Saturday.

“This is a call for a fast during the day on January 30 and to keep a minute of silence across the country at 5 pm, to express solidarity with all struggles, satyagrahas and peaceful non-violent movements with a commitment to democratic and ethical probity,” they said.

“We appeal to all people and groups to fast and keep a minute of silence tomorrow and organise different kinds of public events to uphold peaceful struggles,” it said.

They also appealed for repealing the three farm laws, enacting a legislation to guarantee MSP and withdrawing all cases filed under UAPA against farmer leaders, it said.

The activists demanded that the FIR filed in Uttar Pradesh on Thursday against journalists must be withdrawn and a free-and-fair investigation should take place into the violence on Republic Day.

“Despite the clear, unequivocal condemnation by farmers leaders, of any violence on January 26, the government has activated the criminal justice machinery to lodge FIRs against them under a range of criminal laws, including shockingly an anti-terror law, the UAPA,” they said.

This is now becoming a familiar playbook of the ruling establishment, last seen when the citizenship movement against the CAA-NRC and its young leadership was similarly “vilified, terrorised”, charged under the UAPA and arrested, they said.

“The fake state narrative of the farmers movement as a ‘violent conspiracy’ against India, is an exact copy-paste of the narrative we saw last year around the anti-CAA movement, once again being spun to try and tar and suppress the democratic voices of our people.

“Violent mobs are being deliberately incited, to target individual farmers leaders and at protest sites. Again, a page from the familiar playbook of last year,” it said.

A press conference was organised today In support of the farmers’ movement and to strongly condemn the government’s attempt to criminalise and break” a legitimate people’s movement.