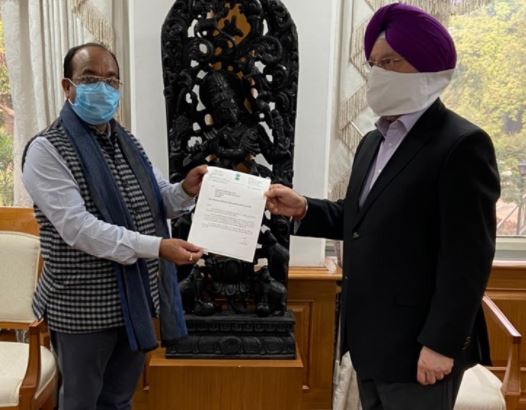 This can be good news for the city as well as the zookeepers. Civil Aviation Minister Hardeep Singh Puri has given information to Guswar to start air from Bilasa Airport soon. Bilasa Airport is expected to start air services to Bhopal, Prayagraj and Jabalpur. It was Guswar who met Bilaspur Lok Sabha constituency MP Asar Sawan Civil Aviation Minister Puri and Airport Authority of India Chairman Anuj Aggarwal.

The wait of the people who have been sharing air service for years now seems to be over. During the meeting in Delhi, Union Minister Puri told MP Saw that Bilasa airport has been upgraded by spending Rs 31 crore under the UDAN scheme of the Government of India. Within a month, a three-license has also been issued.

He informed that there is a plan to start air service at Bhopal-Prayagraj-Jabalpur route. Hence, the demand of the people will be fulfilled soon. Later, after receiving good response from passengers, other airline companies will also be attracted, which will pave the way for direct flights to metros.