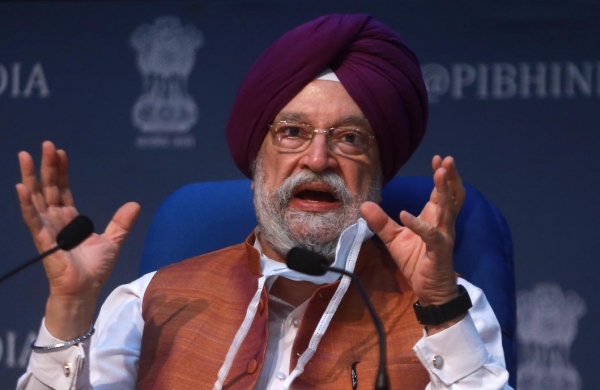 By Express News Service
BENGALURU: Union Minister for Housing and Urban Affairs, Hardeep Singh Puri on Tuesday said while a lot has been done to improve lives of changes like introduction of affordable rental housing scheme and swanidhi scheme, it is urban governance which is a matter of worry.

Now NGOs should also be involved in training the graduates so that they are not just employed, but also there are urban governance professionals, which is the need of the hour to make city’s better.

He also pointed that there was a shortage of graduates to come forward and take up these courses. He was speaking at the announcement and distribution of the second edition of Janaagraha City Governance Awards, held virtually, where members of urban local bodies from across the country participated.

The awards were given under five categories- best state, best municipality, best parastatal administration, best state election commission and best state finance commission. It was held in memory of V Ramachandran, a doyen of decentralisation, the awards recognize ground-breaking work in decentralisation in urban context by institutions across government.

However Bengaluru’s Bruhat Bengaluru Mahanagara Palike or any other city corporation of Karnataka did not win any award in any of the categories.

Also present on the occasion, D Thara, Joint Secretary, Ministry of Housing and Urban Affairs, at the recent approval of the Bengaluru and Hyderabad’s new City bills said, creation of city acts is very healthy, but capacity and equity in India is very important. City acts should have a public transit act, water supply and water reuse policy, solid waste management, health and education policy and resources (tax policy) act.

She also stressed that while governments are thinking of acts and roles of officials and elected representatives in urban local bodies, it is also important of check whether they have the capacity to handle the roles assigned.

Karnataka MLA Arvind Bellad pointed that while decentralisation is being talked about, the decision lies with the politicians. In Karnataka decision for decentralisation through legislative changes happened many years ago and panchayats were formed, but there has been a failure in execution and bureaucrats must support.

At present the legislators are doing the role of corporators and judiciary and so have little time to do their assigned role, there is a lot of confusion and this where governance is also lagging behind.