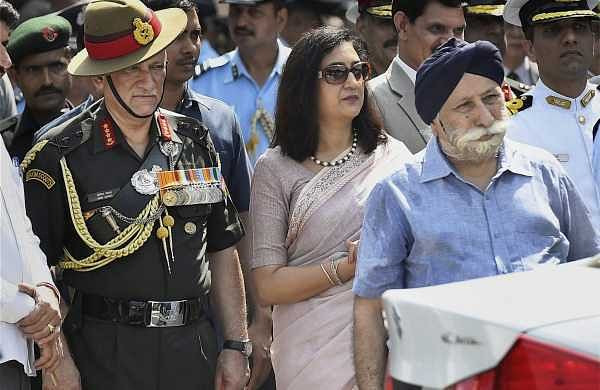 General Rawat’s better half Madhulika Rawat, who died with her husband in Wednesday’s helicopter crash, hailed from the erstwhile royal family of Sohagpur Riyasat in Shahdol district of MP. They were married in 1985.

Madhulika’s father Kunwar Mrigendra Singh was not only the Riyasatdar of Sohagpur Riyasat in Shadol district, but was also the Congress MLA from the district in 1967 and 1972.

General Rawat’s brother-in-law Yashvardhan Singh was in Bhopal with his shooter daughter, who was featuring in a national level shooting competition, when he got a call from the Army, asking him to reach Delhi urgently.

“I haven’t got authentic info about the tragic helicopter crash as even General Rawat’s ADC was in the same copter, but the Army has asked us to reach Delhi urgently. The signals suggest that something very serious has happened. I and my wife are flying to Delhi from Bhopal, while my mother will be reaching Jabalpur from Shahdol to fly to Delhi,” Singh said before the news was confirmed.

Singh recounted that recently his family in Shahdol had talked to General Rawat and wife Madhulika over the phone and the couple had promised to visit there in the new year. Madhulika, who was an alumnus of Gwalior’s prestigious Scindia Kanya Vidyalaya, had last visited Sohagpur in 2012.

Third COVID wave may peak in Indore district in next three weeks with 5,000 cases per day: Official