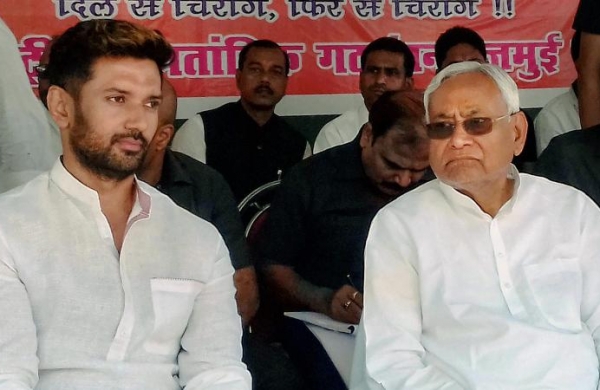 Express News Service
PATNA:   Steppi ng up his tirade against CM Nitish Kumar months after assembly elections, LJP chief Chirag Paswan on Saturday accused him of obstructing development works in his Jamui Lok Sabha seat out of political malice. In a letter to the CM, the LJP chief said the Centre had approved a medical college in Khaira block of Jamui district, but tenders for the land acquisition were cancelled twice by the Medical Services and Infrastructure Corporation Limited (BMSICAL).

“On the other hand, works are in progress in other approved medical colleges in Bihar. It shows how work for the Jamui medical college is being obstructed”, Chirag alleged. He urged the CM that development works should not be obstructed due to political rivalry. “PM Narendra Modi ji has approved this medical college and I hope it will soon be made a reality in Jamui,” the letter said.

E arlier, Chirag attacked the Nitish-led NDA government over law and order and corruption and demanded a CBI probe into the sensational killing of IndiGo station manager Rupesh Kumar. In his tweets a couple of days ago, Chirag taunted the CM by asking the people to “insurance themselves for life” as nobody was safe in the state. Meanwhile, HAM founder chief Jitan Ram Manjhi compared the Bihar CM with PM Modi on Saturday, saying the two were being opposed only for the sake of opposition.