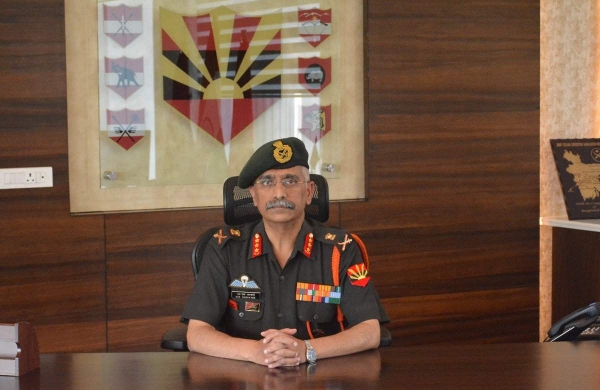 By Express News Service
NEW DELHI: Army Chief General MM Naravane has sent a strong message to China on Wednesday saying that the Chinese strategy of nibbling territory slowly will not work with India.

The Army chief pointed out that the strategy of China succeeded in the South China Sea without firing a bullet or a loss of life. General MM Naravane said, “I think more than anything else what we have achieved is to show that this strategy (nibbling territory) will not work with us. And every move will be met resolutely.”

He said while referring to the disengagement effected after a prolonged standoff of more than nine months. General MM Naravane was delivering a lecture on “Role of the Indian Army in dealing with the contemporary national security challenges” at New Delhi-based think tank Vivekananda International Foundation.

Speaking on the Chinese strategy of making changes slowly, the Army chief said, “China has been in the habit of creeping forward making very small incremental changes where each change by itself was not very big or worthy of a very strong reaction.”

And because of the very small incremental moves which were never contested, China has been able to achieve his aims without firing a shot or any loss of life. And what has happened in the South China sea is a very glaring example of that, he said.

China moved back its troops and equipment, including tanks and artillery from the north and south banks of Pangong Tso where PLA had entrenched its troops since May 2020. The standoff is still continuing at Depsang, Gogra, Hotspring in the North of Pangong Tso and Demchok.

“We still have a long way to go. We are now at the de-escalation stage and after that, the troops, which went higher reaches, will move back followed by their de-induction,” said General Naravane.

Talking about the disengagement, the Army chief credited it to the ‘whole of government approach’ but cautioned that there is a long way to go as there is a trust deficit between India and China.

“Unless that trust deficit is removed, we will of course continue to be very wary and watching whatever movement happens on either side. But I think at the end of the day we have achieved a lot.”