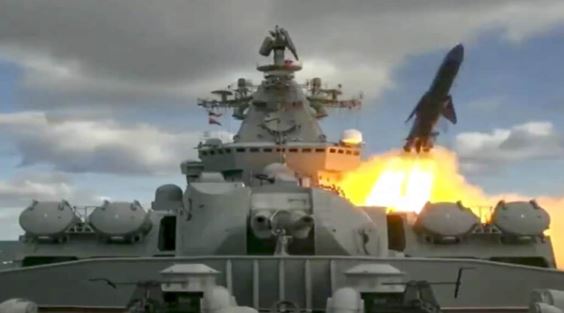 By teaching the enemies the lesson of their nefarious antics, now the Indian Army has reached a new level of success. On Friday, the Indian Navy has increased its strength. With which China and Pakistan will be forced to step back. Anti-ship missile (AShM) was fired from INS Kora on Friday. This missile has been trained in the Bay of Bengal. This successful test has brought great success to the army.

In such a situation, according to the information revealed from the sources, this missile hit the exact target and smoked the ship on which it was fired for testing. The Indian Navy has said in its statement that the maximum range of missile fired from INS Kora has been used and its target is absolutely accurate.

Let me tell you that INS Kora is a Kora-class battleship. It is used to launch such missiles. It was inducted into the Indian Navy in 1998.

The ship was designed under Project 25A of the Indian Navy in this panchnam of success. KH-35 anti ship missiles have also been deployed in this warship. The Indian Navy has three such warships, including INS Kirch, INS Kulish and INS Karamuk.

In such a situation, the next visit to the Corps Commander level of India and China is going to be discussed next week. But even before that, China has repeated its nefarious plans. China is providing special goods to its troops stationed in eastern Ladakh.

In this regard, China has told that it has given its army new clothes, living space and many other facilities. So that his army does not face any problem in staying in Ladakh in winter.