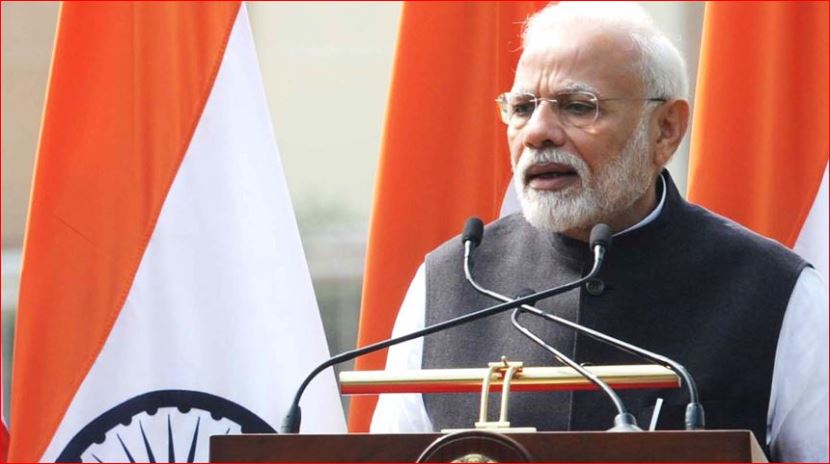 Days after a deadly border clash with China, Indian Prime Minister Narendra Modi said late Friday that Chinese troops did not enter the Asian nation’s territory “nor is any of our post captured.”

During a virtual meeting with political parties, Modi assured opposition leaders that Indian borders are secure and the military is capable of mounting a defense.

“Neither anyone has intruded into our territory nor taken over any post,” Modi said, adding that Indian “forces are doing what they have to do to protect the country, whether it is deployment, action or counter-action.”

“Our patrolling capacity has increased due to newly built infrastructure, especially along the LAC,” Modi said, referring to the Line of Control, a defacto border between India and China.

His statement came after a Chinese Foreign Ministry spokesman said its Chinese military did not cross the border during a skirmish Monday that killed at least 20 Indian soldiers along the border in the Ladakh area of the disputed Jammu and Kashmir region.

Modi said: “Our brave soldiers made the supreme sacrifice for the nation in Ladakh but also taught a lesson to those who had dared to look towards our motherland.”

“The entire country is hurt and angry at the steps taken by China at the LAC,” he said, and ensured leaders of different political parties that the armed forces are leaving no stone unturned to protect the country.

“Be it deployment, action or counter action, through land, sea or air, our forces are taking the necessary steps to protect the country,” he added.

He highlighted the government has given primacy to the development of the border area infrastructure to make the borders more secure.

“Provision has also been made for fighter planes, modern helicopters, missile defense systems and other such needs of our forces. Through the recently developed infrastructure, patrolling capacity at the LAC has also increased,” he said.

He reassured leaders about the capability of the armed forces to defend the borders and they have been given a free hand to take necessary steps.

Earlier Friday, Chinese Foreign Ministry spokesman Zhao Lijian said the Galwan valley in the Ladakh area is “located on the Chinese side” of the defacto border, and accused Indian troops of crossing the line Monday night and “trespassed into China’s territory.”

“Indian border troops have unilaterally and continuously built roads, bridges and other facilities at the LAC in Galwan valley.”

However, he said civil and military officials of the two sides maintained communication including a commander-level meeting June 6 to “ease the situation.”

“In response to strong demand of Chinese side, India agreed to withdraw personnel who crossed LAC and demolish the facilities, and so they did,” Zhao claimed.

“The Indian side promised that they would not cross the estuary of the Galwan river to patrol and build facilities and the two sides would discuss and decide phased withdrawal of troops through the meetings between commanders on the ground,” he said.

Border tensions between the two countries have existed for more than seven decades.

China claims territory in India’s northeast, while New Delhi accuses Beijing of occupying its territory in the Aksai Chin plateau in the Himalayas, including part of the Ladakh region.