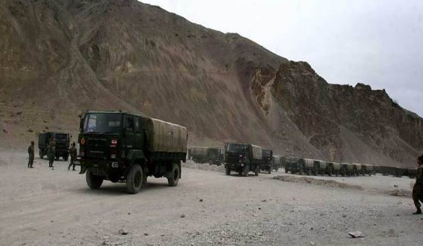 According to the Indian security forces, even though China has increased the deployment of LAC troops, its position is not yet looking like ready for war – according to an Indian Army official, if China also tried for war, it would have to suffer heavy losses. Will – China is constantly trying to infiltrate the Indian border – Recently, on 29-30 August, China once again tried to enter the Indian border – China wants to capture the peak of some high areas. But Indian commanders have complete freedom to act at their level-

Indian troops deployed at high altitude are equipped with the best weapons and are fully prepared – India has also deployed tanks near Rechin La area – recently India has successfully tested anti ship hypersonic missiles – it has launched China The problem is further increased – China is constantly increasing its naval strength – China will soon have three aircraft carriers – in addition to that China has a large fleet of destroyers, freegates and modern submarines – not only China is building a huge naval base in Gwadar of Pakistan-