China could be behind second wave of COVID-19 in India: BJP leader Kailash Vijayvargiya 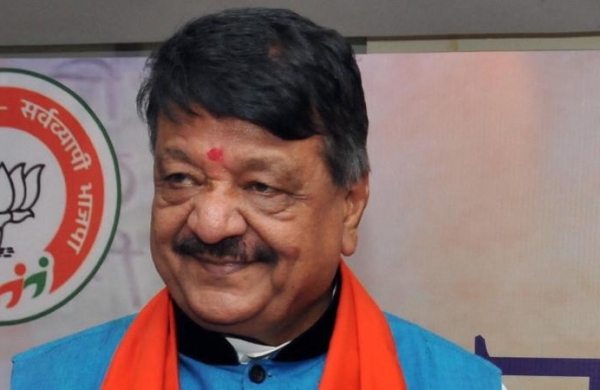 By PTI
INDORE: BJP General Secretary Kailash Vijayvargiya has said it is a “matter of discussion” if the second wave of COVID-19 in India was an outbreak or China had a hand in it.

A video of Vijayvargiya’s speech at a function here went viral on Tuesday.

“There is a second wave of COVID-19. It was an outbreak, or was it sent? It is a matter of discussion, because if any country in the world has challenged China, it is India…Prime Minister Narendra Modi has challenged (China),” the BJP leader is heard saying in the video.

“We think this is a viral `war’ by China to harass our country, because the second wave of COVID-19 was reported only in India and not in neighbouring countries like Bangladesh, Pakistan, Sri Lanka, Bhutan and Afghanistan,” he said, speaking in Hindi.

It could not be ascertained if he said ‘war’ or ‘vaar’ which means `blow/attack’ in Hindi.

While the BJP leader could not be contacted for comment, some witnesses said he made these statements at an event organized by a trust to distribute oxygen concentrators on Monday.

Opposition Congress said he should clarify what he wanted to say.

“Does Vijayvargiya want to say that China has waged a biological war against India? He holds a responsible position in the BJP and he should make clear the intent behind his statement,” state Congress spokesperson Neelabh Shukla said.

The negligence of the BJP-led Union government was responsible for the second wave, he alleged.