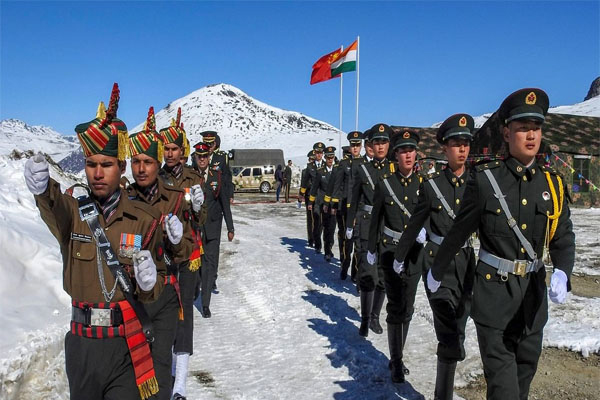 New Delhi . Despite the border dispute between India and China, Beijing has started laying fiber optical cables near the Line of Actual Control (LAC) and installing other materials for 5G. 5G is a fifth generation wireless technology.

The soldiers of the Chinese People’s Liberation Army have been seen building barracks and other structures near Pangong Lake.

Intelligence agencies said that the construction for 5G was noticed in the first month of August in the Demchok region, which is one of the controversial sites near the LAC.

The agency alerted to this, saying that on one side China is saying that it will retreat from the controversial site, but on the other hand construction work has been seen in the Pangong area.

New hut Numa construction and sheds have been seen near Pangong Lake. This is happening when the two countries are negotiating for a retreat.

The army of China and India came face to face with each other in early week of May. However, in the beginning, the troops retreated to the Petrol Point 15 of the Galwan Valley, Pangong Lake, and the Gegra-Hot Springs area.

Near Pangong Lake, China has greatly strengthened its position near Finger-5 and 8 and India has been strongly opposed to the move.

The People’s Liberation Army (PLA) has carried out a number of constructions since May from Finger-4 to Finger-8 and has refused to move eastward from this 8-kilometer strip.

As China is not retreating, several rounds of discussion have taken place regarding the future strategy in Delhi. Chief of Defense Staff General Bipin Rawat has also said that India will consider military options if talks fail.

The LAC in East Ladakh has had frequent meetings at security establishments to review the situation.

China has so far tried to change the status quo by constructing a shelter or building a camp on the territory controlled by India. India found that the Chinese Army has started deploying troops and bringing arms to the three LAC sectors – Western (Ladakh), Central (Uttarakhand, Himachal Pradesh) and Eastern (Sikkim, Arunachal).

Intelligence agencies had earlier issued an alert that China has started collecting troops near Lipulekh Pass. The Lipulekh Pass is a tri-junction located in the Kalapani Valley between India, Nepal and China.