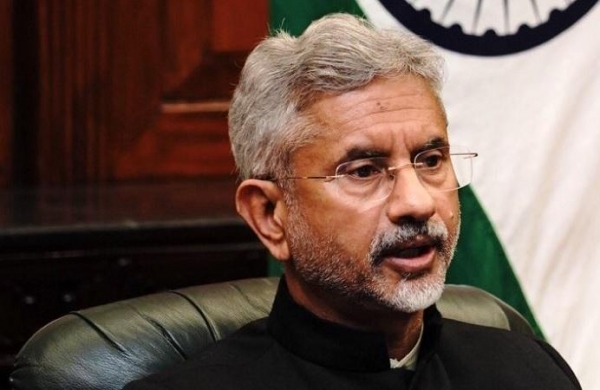 By Express News Service
NEW DELHI:  China on Friday said it had taken note of External Affairs Minister S Jaishankar’s eight-point suggestion to repair the sore ties between the two nations while stating that the border issue should not be linked to the bilateral relationship.

“We have noted Minister Jaishankar’s remarks. He stressed the importance of India-China relations. It shows that the Indian side attaches importance to the ties with China, we appreciate this,” Chinese Ministry of Foreign Affairs spokesperson Zhao Lijian said.

The spokesperson hoped that India would work with Beijing to properly manage differences and promote practical cooperation to bring India-China ties back on track.

“We stress that the boundary issue shall not be linked with the overall bilateral relations. That is an important experience we have gathered through many years’ effort to keep the ties moving forward,” Zhao said.

Jaishankar, in his keynote address at an event, had outlined an eight-point suggestion to take India-China relations forward.

He also stressed on three mutuals — interest, sensitivity and respect — needed to mend the ties between the two neighbouring countries.

The EAM had also come down heavily on China, saying the relations had been profoundly disturbed due to the events that took place last year.

He was referring to the violent face-off between Indian and Chinese troops on June 15  last year at the Galwan Valley along the Line of Actual Control (LAC) that led to the death of 20 Indian soldiers.

India and China have held several rounds of military and diplomatic talks to resolve the face-off in eastern Ladakh, but no significant headway has been made so far.

Jaishankar outlined eight broad principles and three “mutuals” to mend strained ties between India and China, and said the two countries are at crossroads and their choices will have profound repercussions, not just for them but for the entire world.