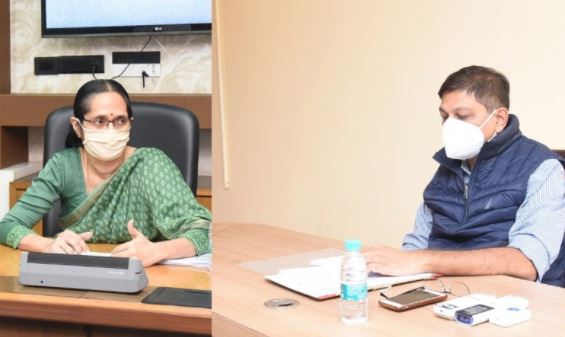 Chhattisgarh government electricity distribution company (CSPDCL) has increased the burden of liability on the government’s concern. Taking this seriously, Chief Secretary Amitabh Jain has directed the Energy Department to speed up the recovery process.

In the next round of monitoring of progress and review of the implementation of the major schemes included in the top priority of the CM Government, this was directed to Guswar while reviewing the work of the Department of Health, Energy and Cooperation. Earlier, they have reviewed various departments including the panchayat.

To increase the revenue, Chief Secretary Jain has given instructions to start the process of recovery of pending electricity charges of industrial and commercial institutions. He has said that an action plan for the recovery of pending electricity charges should be made and presented to the departmental minister and the recovery proceedings should be initiated. Explain that the power company has to recover dues of more than 500 crore rupees from government departments. At the same time, the number of outstanding industries of more than one lakh rupees is also more than thousand.