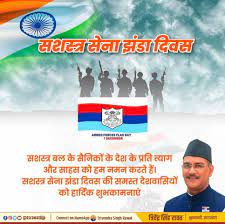 Chief Minister Shri Bhupesh Baghel has saluted the sacrifice, dedication and sacrifice of soldiers on the occasion of Armed Forces Flag Day on 7th December. In his message, Mr. Baghel has said that Armed Forces Flag Day is a symbol of the sacred feeling of realizing our responsibilities towards the great fighters and their families of our country and adding their contribution to it. The Chief Minister has said that on the occasion of Flag Day. Through the flag issued as a symbol, we respectfully join the tradition of charity, as the money collected from it adds to the welfare of our brave soldiers, ex-servicemen and martyr families. Through this, we also connect with the sacred spirit of bravery and sacrifice, which gives our mighty companions and their families the firm belief that we all are with them in every situation. The Chief Minister has appealed to the people of the state to show respect and solidarity towards the soldiers’ families by donating generously to the ‘Armed Army Flag Day Fund’. Like this:Like Loading… Continue Reading