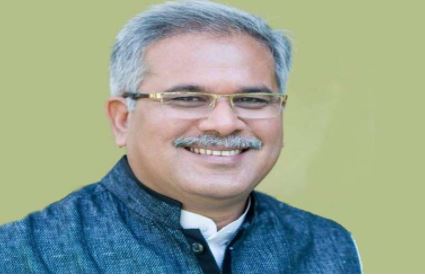 Bhupesh Baghel has greeted the people of the state on ‘National Youth Day’ on 12 January, the birth anniversary of the great philosopher and noted spiritual saint Swami Vivekananda. Chief Minister Baghel has said in his greeting message that Swamiji showed the world the path of service to the entire human race. Swamiji believed in putting all his consciousness and power in human upliftment and used to learn from it. The Government of Chhattisgarh is also moving forward on Swami ji’s liberal, practical and reformist guidelines. Raipur has the privilege that Swamiji spent significant years of his life here too. It is a matter of great honor and pride for the people of Chhattisgarh. The Chief Minister said that the State Government is working to save and cherish the precious memories of Swamiji as a heritage, so that the light of his personality can reach the generations to come. The building of Rai Bahadur Bhoothnath Day Charitable Trust Budhapara, the residence of Swamiji in Raipur, is being developed as Swami Vivekananda Memorial. The idol installed in the meditative posture of Vivekananda ji has decorated Shobhamana Budhatalab, now known as Vivekananda Sarovar. The airport at Raipur is named Swami Vivekananda Airport. These monuments associated with Swamiji give Raipur a special identity in the world. Chief Minister Baghel said that the teachings of Swamiji such as ‘Get up, wake up and do not stop till the goal is achieved’ still add renewed vigor to thousands of youth. The incredible legacy of Swamiji’s thoughts that has been handed over to us at a very young age, will continue to guide the coming generations.