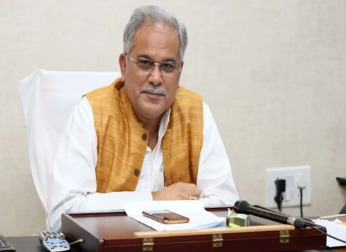 Chief Minister Mr. Bhupesh Baghel today inaugurated the Life Birth Diagnostics Malicular and Virology Lab at Samta Colony Raipur from his residence office in the capital Raipur. This lab, run by Life Birth Hostel, has facilities for critical diseases especially corona examination. Through this state-of-the-art lab, patients will be able to make their test report available within 24 hours, including information on viral infection.
On the occasion, Chief Minister Mr. Bhupesh Baghel said that patients will get a good facility in the health sector through Life Birth Hospital. Virology lab is the need of the hour. Dr. Jawahar Aggarwal, Director of Life Birth Hospital, Dr. Akhilesh Kumar, Dr. Santosh Kumar, Dr. Vikram Singhal, Dr. Mahima Mittal and Chief Minister Mr. Baghel congratulated and congratulated them for this. The Chief Minister said that the participation of Life Birth Hospital with the government in the treatment and treatment of corona victims during the Corona transition period is a commendable step. The Chief Minister said that the sooner Korana gets the report of the infected person, the more convenience in treatment and the quicker the patient is expected to be.
Chief Minister Mr. Baghel further said that every effort is being made by the state government to deal with the corona crisis in Chhattisgarh, to prevent this, along with the creation of infrastructure at the district and tehsil level including the capital Raipur, facilities for treatment of the victims were increased. Is going He said that in the initial phase of corona transition as of March 2020, only AIIMS Raipur had facilities for covid testing. In today’s situation, RTPCR test in all six government medical colleges, four private labs in the state, The facility of corona infection with rapid antigen kits is available in 30 labs in two natal tests and in all community and primary health centers including 28 district hospitals. On this occasion, the Chief Minister also informed about the facilities available in the state of Chhattisgarh for the treatment of Corona victims. Advisers to the Chief Minister, Mr. Pradeep Sharma and Mr. Ruchir Garg were present on the occasion. Advisers to the Chief Minister Mr. Vinod Verma and Mr. Rajesh Tiwari were also involved in the program through video conferencing.