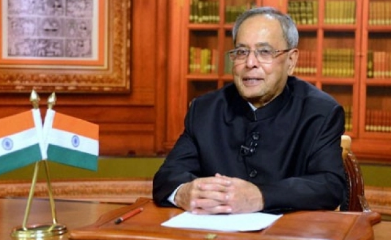 Chief Minister Bhupesh Baghel, while condoling the demise of former President Bharat Ratna Shri Pranab Mukherjee, described it as an unbearable loss for the nation and expressed condolences to the families in this hour of grief. He has said in his condolence message that Shri Pranab Mukherjee made an unprecedented contribution in his long political career, working for the progress of the country and the interest of every section of the society. His death is a national loss, this deficiency will never be met.

The memory of former President Shri Pranab Mukherjee is also associated with Chhattisgarh. He also inaugurated the new passport office in the capital Raipur in 2007 as the foreign minister. Inaugurating the Rajyotsava program during the two-day visit on 6 and 7 November 2012 in the year 2012 as the President, he also inaugurated the new Integrated Terminal Building at Swami Vivekananda Airport Raipur, inaugurating the new ministry complex. During his visit, Shri Mukherjee laid the foundation stone of the 500 seater hostel of Tribal Welfare Department and the Industrial Training Institute of Ramakrishna Mission Ashram in the tribal dominated district Narayanpur of Chhattisgarh. Shri Mukherjee also attended the Golden Jubilee Convocation of Pandit Ravi Shankar Shukla University Raipur on 26 July 2014 and the 4th Convocation of Indian Institute of Management (IIM) Raipur on 17 April 2015.