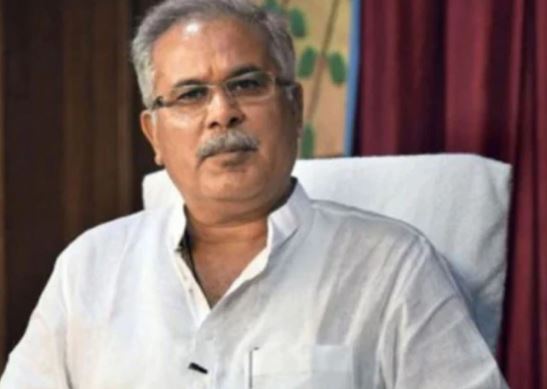 Bhupesh Baghel has expressed deep condolences on the death of 09 people of Jagdalpur block in a road accident near Muktahandi in Odisha state, about 30 km from district headquarters Jagdalpur on 31 January yesterday. He congratulated the bereaved family and said that in this moment of grief, we all stand with the suffering family. Mr. Baghel also assured his family to provide all possible help. The Chief Minister also wished God for the speedy recovery of all 13 people injured in this road accident. Mr. Baghel also directed the District Administration and Government Medical College Administration to properly treat all the injured people admitted in the hospital. Parliamentary Secretary Shri Rekhachand Jain has also expressed deep grief over the death of 09 people and injuries to 13 people in a road accident near Muktahandi under Kotpad police station area in Korapur district of Odisha state. On the initiative of Parliamentary Secretary Rekhachand Jain, the district administration has sanctioned financial assistance of Rs 2-2 lakh for the families of the dead and Rs 50-50 thousand for the seriously injured. For the funeral of the dead, the district administration has provided immediate financial assistance of Rs 50-50 thousand to their families and Rs 10 thousand each for the treatment of all the 13 injured hospitalized. Apart from this, it has also been announced to provide financial assistance of 10-10 thousand rupees by the Government of Odisha to the families of the deceased.
It is noteworthy that the Parliamentary Secretary Shri Rekhachand Jain reached village Kalacha for the family members of the deceased as soon as the news of this incident was received. After this, he himself reached Government Medical College Hospital Dimrapal and admitted the injured to the hospital and instructed the doctors to treat them properly. All the people killed in a serious road accident were residents of village Kalacha of Jagdalpur development block. Also, out of the 13 injured, 10 people are from Kalacha and 03 people are from Morathpal. During the cremation of the dead, on behalf of the Parliamentary Secretary Mr. Rekhachand Jain and District Administration, SDM Jagdalpur Mr. GR Markam, Tahsildar Mr. Madhukar Seramour, Chief Executive Officer, Janpad Panchayat Mr. YK Patel and other officers and employees were present in the village Kalacha