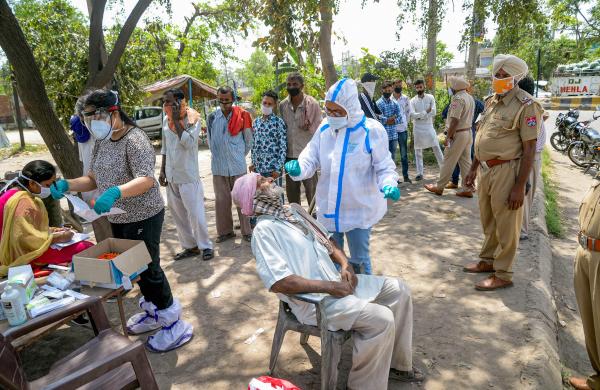 The Tuesday tally of Raipur was one-third of the confirmed new Covid-19 cases and the fatalities of the state.

The Chhattisgarh with 15121 new coronavirus infections registered on Tuesday had for the first time crossed one lakh mark with 109139 total active cases now and the positivity rate remains at 28.4 percent. The last two days reported 126 fresh Covid fatalities in the state as the death toll so far reached 5187.

With the Covid infection count continuing to rise at an alarming scale in Raipur, the shortage of beds in the government and private hospitals besides most of the dedicated ICU beds already occupied has emerged as the foremost concern for the authorities.

The bodies are piling up at mortuary in hospitals with several dead waiting for space for long hours at crematoriums.