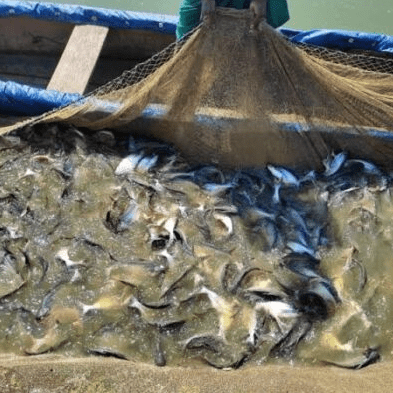 In the meeting of the Council of Ministers held under the chairmanship of Chief Minister Mr. Bhupesh Baghel, amendment was approved in the new fisheries policy of Chhattisgarh state keeping in view the interests of fishermen. In order to protect the demands and interests of the fishermen community, in the new fisheries policy, instead of auctioning the ponds and reservoirs for fish farming, it has been decided to give priority to the people of the hereditary-traditional fishermen community. has been taken. A provision has been made to connect maximum number of fishermen with livelihood by reducing the water area allocation limit of ponds and irrigation reservoirs by 50 percent. By reducing the limit condition of allotted water area from the value of per member, the number of benefited fish farmers will be doubled. According to the revised new fisheries policy, ponds and irrigation reservoirs for fish farming will no longer be auctioned, but will be given on lease for 10 years. In allotment of pond and reservoir, priority will be given to fishermen group and fisheries cooperative society of Dhimar, Nishad, Kenvat, Kahar, Kahra, Mallah in general area and fishermen group and fisheries cooperative society of scheduled tribe category in scheduled tribe notified area. Fisherman refers to a person who earns his livelihood by doing the work of fish farming, fishing or fish seed production, priority is given to hereditary-traditional Dhivar (Dhimar), Nishad (Kentwat), Kahar, Kahra, Mallah It is proposed to go. Similarly, instead of maximum one hectare in case of rural pond, fishermen group and fisheries cooperative society or fisherman person will get half hectare water area instead of four hectare in case of irrigation reservoir, two hectare water area per member / person. Will be assigned by value. Till now the audit of the committees constituted for fisheries was done only by the Cooperative Department. Now, in the revised new fisheries policy, the responsibility of joint team audit of cooperative and fisheries department has been given. Under the three-tier panchayat system, the gram panchayat will have the right to allot ponds and irrigation reservoirs of zero to 10 hectare average water area on lease for 10 years. District Panchayat more than 10 hectare and up to 100 hectare, District Panchayat more than 100 hectare and up to 200 hectare average water area, fisheries department lease more than 200 hectare and 1000 hectare average water area reservoir, barrage to fishermen group and fish co-operative society But will give All the water areas coming under the urban body will be under the urban body, which will be allotted on lease for 10 years as per the policy of the government. Like this:Like Loading…Continue Reading