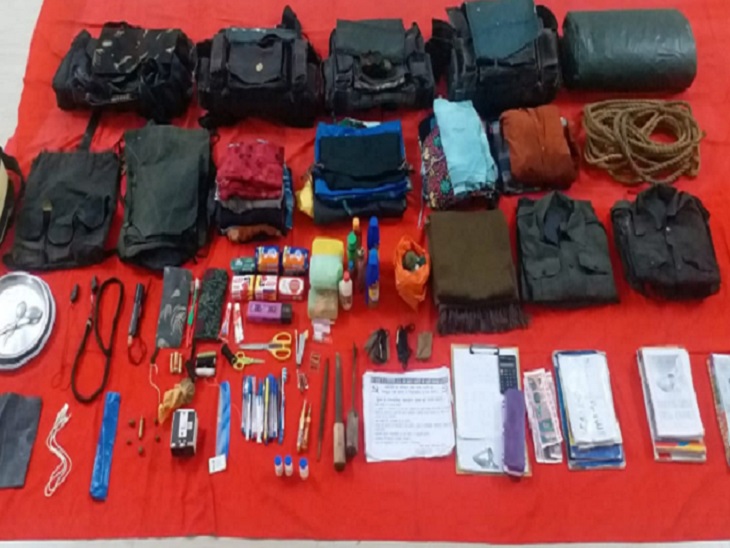 Security forces once again demolished the camp of Naxalites in Sukma, Chhattisgarh on Sunday. The Naxalites left the camp on notice of the soldiers coming. During this, the soldiers also chased them. The jawans have seized IED switches, Naxalite uniforms and other items from the spot.

Police said that there were reports of Maoists in the jungles of Bhi and Konta police station area. After this, on August 8, a joint team of DRG and STF was sent for searching. These jawans had left for village Jinetonghe, Gompad and surrounding forests. The next day, on the morning of 9 August, I reached the forests of Gompad while searching.

The soldiers followed but escaped by taking advantage of the forest

The jawans were moving in the jungles that during this period the informers of the Naxalites informed them. In such a situation, the Naxals left the camp and escaped by taking advantage of the forest before the soldiers arrived. From the spot, the jawans have recovered Naxalite tents, 6 Pithas, two Naxalite uniforms, a jerkin, IED switch, literature and other items.