Chhattisgarh:Naxalite memorial collapsed on the first day of martyrdom week in Dantewada, DRG jawans took action on the information of villagers 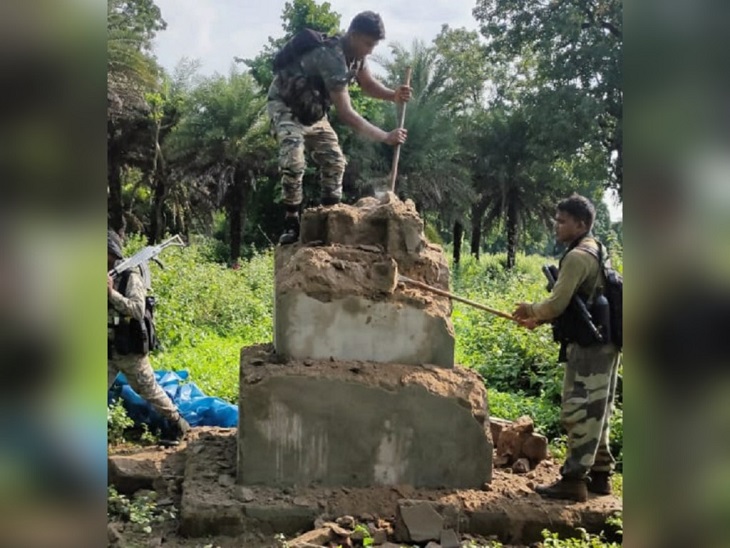 In Dantewada, Chhattisgarh, the soldiers demolished the Naxalite Podiya memorial on Tuesday morning. The DRG jawans have taken this action once again on the information of the villagers. The special thing is that this action has been taken on the first day of the Naxalite martyr week. Naxalites are celebrating Martyrdom Week from 28 July to 3 August. In view of this, security and patrolling have been increased.

According to the information, in Gumiyapal, Rayyapara of Kirandul area, the villagers on Tuesday morning informed the police that Naxalites have built a memorial in the village. On this, DRG personnel reached the spot and the memorial of the killed Naxal Podia was built by the Naxalites. On this, DRG jawans demolished the memorial.

Villagers are becoming increasingly vocal against Naxalites: For some time, villagers have opened a front against Naxalites. He is constantly opposing Naxalite incidents and violence. At the same time, due to the development work, the protest has also started among the Naxalites. Recently, in Dantewada, Naxalites killed two of their own comrades for refusing to cut the road.