Chhattisgarh:Encounter between security forces and Naxalites in Bijapur, Naxalites fled the camp 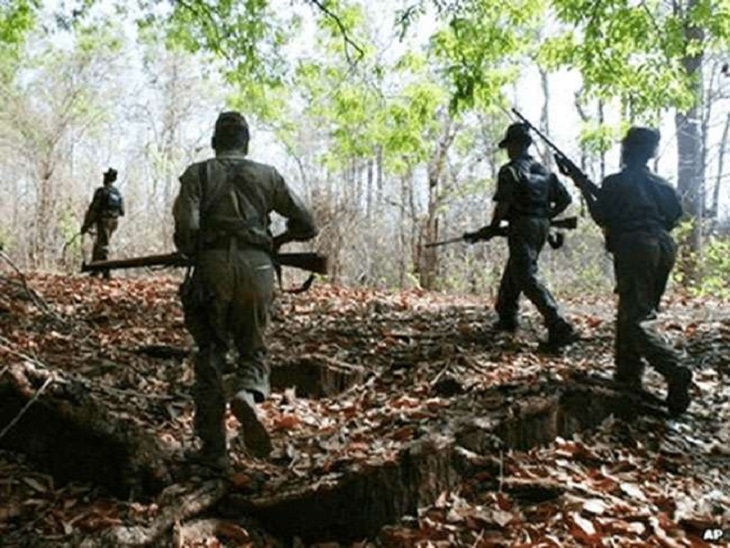 Security forces and Naxalites got into an encounter on Tuesday morning in Bijapur, Chhattisgarh. After a brief encounter, the Naxals escaped from the camp. The jawans have recovered other items including cooker bomb from the spot. The encounter has been confirmed by SP Kamal Lochan Kashyap. More information will be available after the soldiers return.

According to the information, the police was informed on Monday that the Naxalites have set up camp in the forests of Toynar region. On this, DRG jawans were dispatched to the spot in the evening. After this, at 8.30 am on Tuesday morning the soldiers attacked the camp of Naxalites in Gumner area. The Naxalites escaped after a brief encounter.

During the Naxalite search, which is celebrating martyrdom week from 28 July to 3 August, the jawans have recovered naxal material including 3 tents, 10 pitta bags, a cooker bomb from the spot. More information will be available after the soldiers return. It is being told that it will take about three to four hours for the soldiers to return. Naxalites are celebrating Martyrdom Week from 28 July to 3 August. Security has been tightened regarding this.